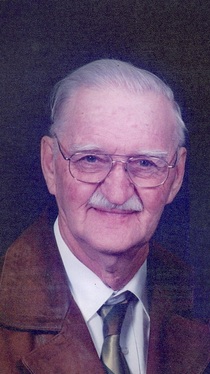 Jack Carl Brown Sr., 85, of American Falls, Idaho, passed away peacefully at home on Monday, January 2, 2017.  Jack was born April 2, 1931, in Idaho Falls, Idaho to Robert Carl and Ruth (Warren) Brown.  His father died when he was six years old and his mother died when he was 21. Upon the death of his parents, Jack accepted full responsibility for the care of his younger brother Joe.  On February 28, 1959, he married Patricia Elaine Pickett in American Falls.  In 1953, Jack opened the first tire store ever operated in American Falls. He also designed and built the first tire service truck utilized in Southern Idaho.  He owned and ran Jackâ€™s Tire & Glass for forty plus years.  Jack spent his retirement years acquiring and managing several mobile home parks.
Jack loved to hunt and fish. He was an excellent shot and spent many evenings on the Snake River fishing below the dam.  As middle age encroached, Jack exhibited great courage taking up water and snow skiing alongside his six children and wife, Patricia. In addition, he enjoyed motor-biking with his son Jim.
Jack was preceded in death by his wife of 48 years, Patricia Elaine Brown.  He is survived by his six children; son Jack, Jr. & Alyce Brown of American Falls, ID; daughter Jeanne Brown of Bozeman, MT; daughter Joyce and Sam Rosen of Sandy, OR; daughter Julie and Mike Kelly of Bozeman, MT; his son Jim Brown of Hagerman, ID; and his daughter Janice and Jeff Uhlmeyer of Olympia, WA.  He is also survived by fifteen grandchildren; Jacqueline (Brown) & Sid Vardaros, Jennifer (Brown) and Stanford Park, Joelle (Brown) & Kyle Smith; James, Jordan, Jack, and Chloe Rosen; Elaine, Eric, Sean, and Ryan Kelly; Emily, Anne, Abby, and Rosemarie Uhlmeyer; and his brother Joseph Henry Brown, of American Falls, as well as numerous nieces and nephews.
A special thank you to Heritage Hospice and Dr. LaVonne Mills, and to Phyllis & Mike Neu for their loving care and support.
Funeral services will be held at the American Falls Community Church on Saturday, January 7, 2017, at 10:00 am.  Reception immediately following.  Viewing 9:00 am at the church.
He will be laid to rest next to his wife in Falls View Cemetery.  Condolences and memories may be shared at www.davisrosemortuary.com.

To order memorial trees or send flowers to the family in memory of Jack Carl Brown , please visit our flower store.