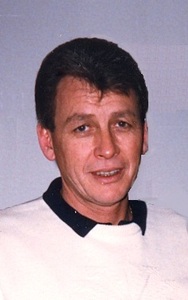 Jack Grimmett, 75 Former Issaquah resident, died August 30, 2013, with members of his family at his home in Port Angeles, WA. A service will be held Saturday September 7th at The Church of Latter Day Saints, 650 Pocatello Avenue, American Falls, Idaho and burial will take place at Falls View Cemetery. Jack was born March 25th, 1938, in Pocatello, ID., to Jack and Margaret Grimmett. He attended American Falls High School and graduated from Utah State University with a degree in Electrical Engineering.    June 14, 1986 he married his best friend Vicki Germscheid in Seattle. Jack came to Washington State in 1960 and was employed by the Boeing Company Defense and Space as an electrical engineer. He worked on major programs including the Apollo Missions, Star Wars and the Space Station.  He retired in 1996. In retirement he enjoyed Amateur Radio and held several positions with the Mike and Key Amateur Radio Club including President, Trustee, Chairman of the Board of Trustees, and Treasurer. Jack was noted for his generosity, kind heart and sense of humor. He is survived by his wife Vicki, daughter Teresa Grimmett of Seattle, Wa,  son Jack Grimmett of San Francisco, Ca, son Scott and daughter in law Lisa Grimmett of Saratoga Springs, New York, grandchildren Cheyenne, Dylan and Marshall, brother Tom Grimmett of Las Vegas, NV, brother Frank Grimmett of Bakersfield, Ca., Uncle Gene Adams of Seattle, WA.

To order memorial trees or send flowers to the family in memory of Jack A Grimmett, please visit our flower store.
Send a Sympathy Card