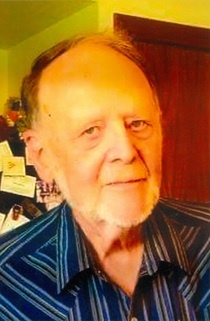 James Buckley Davis, 80, of Heyburn, went to be with the Lord Friday, March 3rd, 2017.  Jim was born April 25, 1936 in Murtaugh, Idaho to Loyd C. and Esther (Noh) Davis.  He graduated from Grandview High School and went on to serve in the U.S. Navy as a Communications Tech, stationed in Okinawa, Japan.   Jim returned to Grandview, Washington where he met and married Karin M. Oâ€™Connor on April 30th, 1960.  They later attended Prairie Bible Institute in Canada, from which Jim graduated and went on to pastor churches in Langlois, Oregon and Fernwood, Idaho.  They lived in various areas in Washington, northern Idaho and Oregon before moving to the Mini-Cassia area in 1972.  Jim was a custom applicator, and also contracted for various jobs as Davis Land and Tree Service.  He became a professional driver, and finally a chaplain with Nursing Home Ministries, ministering in various facilities around the Magic Valley.   Jim enjoyed hunting, fishing and spending time on the desert and in the mountains, but his greatest joy was telling others about his Lord and Savior, Jesus Christ.
Jim is survived by four of his children; Clint Davis of Declo, Russ Davis of Boise, Heidi Davis of American Falls, and Heather (Matt) Hornbacher of American Falls. Jim also has five grandchildren; Katie Davis, Derek (Donna) Davis, Sandy (Ivan) Ragsdale, Emie Davis and Levi Hornbacher, 2 great-grandsons; Kyson Davis and Kamron Ragsdale, and numerous nieces and nephews.  Jim is also survived by 2 sisters; Elsie Steinhauer and Nancy (Bob) Hodges, and a sister-in-law, Opal Davis.  He is preceded in death by his parents, wife, three brothers; Rol, John and Loyd G., two sisters; Ruth and Lorna, and a son, Jeffrey James Davis.
Funeral services will be held at 11 a.m. Saturday, March 11th at Faith Baptist Church, 335 W. 13th Street in Burley, Pastor Robert Humphries officiating. Burial will follow in the Paul Cemetery.  Friends may call Saturday from 10:00 until 10:45 a.m. at the church prior to the services.  Condolences and memories may be shared at www.davisrosemortuary.com.

To order memorial trees or send flowers to the family in memory of James Buckley Davis, please visit our flower store.
Send a Sympathy Card