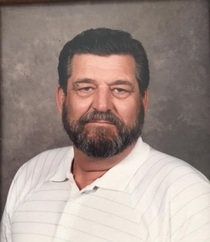 James Beach Jump, 87 of American Falls, Idaho was born in Cotter, Arkansas on 5/17/30 and graduating from Taft high school in Taft, California.  Jim enlisted in the Navy in July of 1947 and honorably discharged in 1967 with the rank of BMC. During this time he was awarded the Bronze Star, six good conduct medals and others.  Jim's military career started with Naval training in San Diego, California. His military service was on the USS Columbus, Long Beach, California- Norfolk Virginia. The USS Marquette, Norfolk, Virginia, Harbor Defense in Long Beach, California and serving on USS Telfair, USS Helena, USS Weddeburn, USS Bradford, USS Topeka, and the USS Ard Thirty. After his military service he enjoyed working with the Navy so much he went to work with the civil service in Seal Beach, California. Where he enjoyed working on the tugboats, cranes, and loading munitions for the Navy.

For fun Jim enjoyed riding his Harley, and service as a member of the elks lodge, BPOE 2591 in Lake Elsinore, California where he was awarded Elk of the year.

After retiring he and his wife Shirley traveled by motor home meeting new people and being camp hosts at Massacre Rocks state park, Idaho.  They loved the area so much they relocated from their Anza, California home base to American Falls, Idaho in 2006.

Jim leaves behind his wife of 45 years Shirley, his three sons Keith, Jim, and David and five grandchildren and five great grandchildren.
To order memorial trees or send flowers to the family in memory of James Beach Jump, please visit our flower store.
Send a Sympathy Card