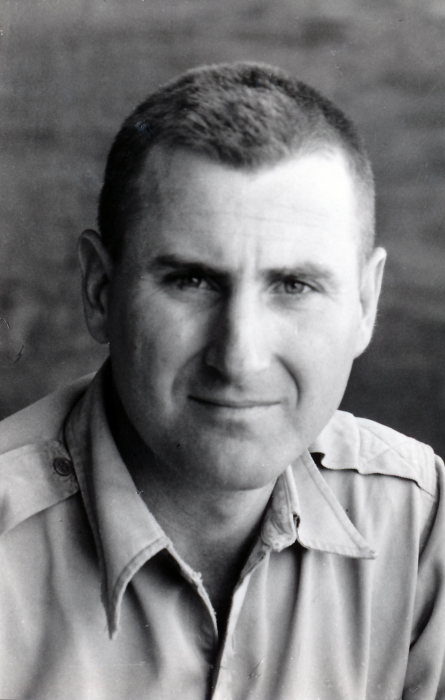 FAMILY-WISE: Juan was the eldest of three sons born to James Oren Spillett and Ramona Ida Whittier Spillett. His brothers: Gary Lee and Val Gene were, respectively, 10 and 20 years younger than him. He married Carol Taylor of Farr West, UT on June 9, 1961, in the Logan, UT, L.D.S. Temple. They are the parents of five children: Cris Tina (Lyndon) Christensen, Rose Ann (Tom) Lunneberg, James Kreg Spillett, Sheri Elizabeth (Mark) Handly, and Jay Juan (Amber) Spillett. At the time of his death, he had 20 grandchildren. He was preceded in death by his parents and his wife Carol, who died on April 22, 2015.

CHURCH-WISE: Juan was an active member of The Church of Jesus Christ of Latter-day Saints throughout his life and served in numerous callings (i.e. Servicemen’s Group Leader, Branch President, Elder’s Quorum President, Early-morning Seminary Teacher, Bishop’s Counselor, Temple Ordinance Worker, etc.} He also served as a missionary in Uruguay, Paraguay, Mexico and Australia, as well as at Stake and Ward missions – desiring to testify to as many as would listen that Jesus is the Christ, our Savior, and Redeemer, and only by and through Him can we return to and live with Our Father in Heaven eternally.

EDUCATION-WISE: Juan attended grade schools in the Idaho Falls area (i.e. Lincoln, Riverside, Emerson, and Hawthorne). He attended Griswold High School in Helix, OR for a year and then attended and graduated from the Rockland High School in 1950. He lettered in football, basketball, and baseball, as well as served as Student Body Vice President, Sr. Class President and received the Danforth Award for Student Leadership. He then attended Ricks College (now BYU-Idaho), Idaho State University, BYU, and Utah State University – where he received a B.S. in Wildlife Management in 1961. In 1961-62, he was a Fulbright Scholar in Natural History at Central University in Quito, Ecuador. He then returned to Utah State and completed an M.S. in Wildlife Biology in 1964. Thereafter, he spent two years in India with The Johns Hopkins University CMRT (Center for Medical Research & Training) program and in 1967 completed an ScD in Animal Ecology, Animal Behavior and Medical Entomology in The Johns Hopkins University School of Hygiene & Public Health. His doctoral thesis (“The Ecology of the Lesser Bandicoot Rat in Calcutta”) was published in book form by the Rockefeller Foundation and the Bombay Natural History Society. In 1966, he returned to Utah State as Assistant and then Acting Leader of the Utah Cooperative Wildlife Research Unit. More than 30 graduate students conducted research and received advanced degrees under his supervision. He authored or co-authored more than 100 scientific publications and helped establish the International Sheep & Goat Institute (ISGI), which took him and his family to Iran for two years. In 1979-81, he was an Associate Professor in Wildlife Science at Texas A&M University – during which time he established a predator research program. He also served as an Adjunct Professor at BYU and the University of Idaho.

WORK-WISE: Juan was noted throughout his life for his integrity and work ethic. At the age of 19, he took over the management of the family farm in Rockland – until he was drafted into the U.S. Army in 1953. While in the military service he spent 15 months in Italy and Austria, during which time he served as a Personnel Mgmt. Specialist and Training, Information & Education instructor. Most of his career was spent as a Wildlife Biologist at Utah State and Texas A&M Universities, as well for the National Park Service (Yellowstone & Rocky Mtn. Nat’l Parks and Bandelier Nat’l Monument), U.S. Forest Service (Uinta and Caribou Nat’l Forests), and the USDA Denver Wildlife Research Center.

TRAVEL-WISE: Although Juan always considered the family farm and the Rockland Valley as home, he traveled and lived in many parts of the world. He lived in 11 states (Idaho, Oregon, Utah, Washington, California, Wyoming, Montana, New Mexico, Colorado, Maryland, and Texas) and more than a dozen countries (Italy, Austria, Uruguay, Paraguay, Ecuador, India, Iran, Chad, Bolivia, Honduras, Mexico, Macedonia and Australia). In all, he visited more than 100 countries.

OTHER: Juan led a varied, interesting, and sometimes exciting life (i.e. he lived through three revolutions, a bombing, being thrown into a stockade for taking a photo of a student-instigated riot, barely missed being in a number of airplane crashes, etc.). His major hope was that in some way he could help make this a better world and could help instill in others - especially members of his family - a desire to make the world a better place in which to live.

NOTE: Condolences and memories can be shared at “www.davisrosemortuary.com”.

To order memorial trees or send flowers to the family in memory of James Juan Spillett, please visit our flower store.