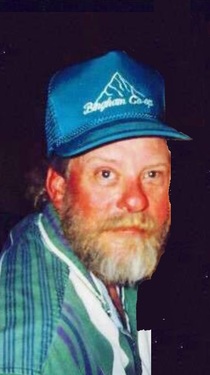 On September 30, 2016, James Robert Van Sell was called home to live with the love of his life in the eternal paradise of Heaven.  He was a fighter right up to the very end. We were blessed to get to have this amazing man in our lives.
Jim was born on August 27, 1958 to Cora Nowland and Glenn Van Sell.  He was raised in Rockland Idaho, Meridian Idaho and briefly lived in Olympia Wa.
Jim met the love of his live in 1986. They were married on June 17 1987. He gained an instant family that day with Charleneâ€™s four children Terri, David, Susanne and heather.  In December of 1990 one more amazing kid, Aaron was added to the controlled chaos of craziness that was his family. He loved his family with everything he had. Gave his heart and soul to make sure they had what they needed.
Jim loved the great outdoors.  He was an avid hunter until he couldnâ€™t go anymore. He was still fishing as often as he could. Sometimes he came home with nothing but memories, but those were the things he loved to do when he could. He also loved camping and he went as often as he could.  He took the time to create loving and sometimes hilarious memories doing these things with his wife and kids and later his grandkids and great grandkids. As his family grew, the more memories he made and the more of a workout his legs got bouncing his grandkids and great grandkids on his knees. Those were the times he cherished most.
When Jim wasnâ€™t working, doing chores for Charlene or being in the great outdoors, you could find him down playing darts with his buddies. Or you could find him tinkering with vehicles with his buddies, nephews, brothers and his kids. He loved hanging out with his friends swapping stories with them. You know the kind, the ones where the fish was 25 lbs and 3 feet long and snapped the pole just as you got the net under it. Or the 10 point buck you shot in the hind quarter but never found. These were memories he cherished as well.
For those of you that knew Jim, he was a hardworking man who instilled this ethic with everyone he knew. He was loving and caring, firm and forthcoming, funny and a jokester all at the same time. He always had your back. But, if you were in the wrong, heâ€™d let you know it and make damn sure you learned your lesson.  He was so many things to so many people that there isnâ€™t enough paper in the world to write it all down.
Jim is survived by his sons David (April) Preston of American Falls Id; Aaron Van Sell of American Falls Id; his daughters Terri (Manuel) Rodriguez of Aberdeen Id; Heather Gonzales of American Falls Id; Susanne (Kelly) Campbell of Wenatchee Wa. As well as his sisters Sharon (Ernest) Parr of American Falls Id; Teresa Sweeney of American Falls Id and his brothers Mike Van Sell of American Falls and Randy (Yvonne) Nowland of American Falls Id. Also by his grandchildren: Anika, Alexandria, Aryana, Ainzlee, Maikayah, Gabriel, Kiera, Glenn, Charlene, Timmy, Joey, Brandon, Elizabeth, Emily and Dustin. His great grandchildren Porter, Brezlyn, Brielle, Braylee, Raddyxx, Hagyn and Teegan.
He is preceded in death by his beloved wife Charlene Van Sell, his parents Tiny Nowland, Cora Nowland and Glenn Van Sell, his sister Sandy Buttars, his brother Ernie Vansell, his grandparents Granny and Gramps Fortin and his great grandson Tylan Claunch.
Jim was a wonderful man who shared his light with everyone he loved.  No one crossed his path without being called a friend. His memorial will be on Tuesday, October 4, 2016 at 2 pm at Powerhouse Christian Fellowship.

To order memorial trees or send flowers to the family in memory of James Robert Van Sell, please visit our flower store.
Send a Sympathy Card