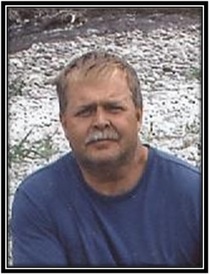 Jess Willis Hickman, age 51, passed away peacefully April 2, 2014, surrounded by family.He was born to Lila Hickman on February 10, 1963. He joined that home with two sisters, Jaynee and Jill and one brother, Jay. He was raised by the best father he could have asked for, Phillip Hickman. He was blessed with two children from his first marriage, Travis and Jessica, and then later divorced. He was joined in marriage with his best friend and soul mate, Angelina Hickman in 1998 and accepted five more children into his home and as his own, Lorraine, Richard, Adam, Jessica, and Mark. He was very blessed with thirteen grandchildren. When he wasn't working with long time colleagues and friends, Barry and Larry, he was hunting and fishing with his best friend Dave, or spending precious time with family. He could often be spotted taking his two dogs, Kita and Koda, for rides down to the river.The visitation will be on Sunday April 6, 2014, at Davis-Rose Mortuary, 170 Idaho St., from 6pm- 8pm. Visitation will also be on Monday from 9am -10amat American Falls Christian Fellowship Church, 329 Harrison Ave. His funeral will follow at 10am with interment proceeding at Falls View Cemetery.

To order memorial trees or send flowers to the family in memory of Jess Hickman, please visit our flower store.