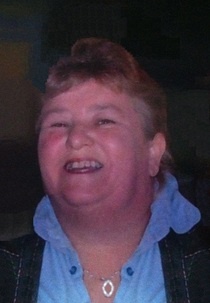 She was born to Fredrick and Margret Armstrong in Montpelier, Vermont on November 30, 1953.

Jessie was one of the head pastry chefs for the governor of Vermont.  She left to go to California in a VW painted like a lady bug, but on the way her car broke down in Aberdeen. Jessie met Phillip Castorena there and got married. She had been in the area ever since. Jessie liked fishing, gardening, camping and her dog. She loved her friends dearly and spending time with grandchildren. She was very artistic; she drew, painted and enjoyed being creative with all she did. Her favorite part of work was the relationships she made with her friends and co-workers. She loved to visit, joke and prank family and friends.

Jessie was preceded in death by her parents, Fredrick and Margret Armstrong and her son Patrick Allen.

She is survived by her sons Michael (Kimberly), Mathew (Whitney) and eight grandchildren.

To order memorial trees or send flowers to the family in memory of Jessie Delia Castorena, please visit our flower store.