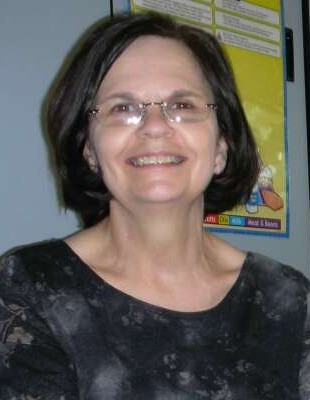 Joan Steidley, 73, longtime resident of Rockland, Idaho, passed away Thursday, January 7, 2021, with family by her side. Joan was the sixth and last child of Leland and Norma Patterson and was raised on a beautiful, quiet farm in West Point, Utah. She loved helping her father and mother raise hay, tomatoes, sweet peas, corn, beans, and cattle.

Joan attended Clearfield High and then began her college education at Utah State where she earned her Elementary Education degree. Also, during this time, Joan married the love of her life, Perry Steidley, in the Salt Lake City Temple on June 21, 1968. They were blessed with four children (Michael, Shane, Michele, Brian) and together they created a loving home while raising their family in the Rockland Valley.  To her family, she was the sweetest and most loving mother. She could take care of everything whether it be a shoulder to cry on, a listening ear, a referee, or a cheerleader in the stands. Her compassion, support, and endless love will be so very missed.

Joan's love for teaching began early on. As a small child, she would give school lessons to the cows and sheep. She was a dedicated and avid school teacher for some 39 years, including 37 years in the Rockland Valley. Teaching and family were her life.

She was a member of The Church of Jesus Christ of Latter-day Saints and served in many callings, most prominent being the church librarian for many years. This matched her love for books. Other hobbies she enjoyed were collecting children's books, reading, playing the piano, and spending time with her dear grandchildren.

She was preceded in death by her father, mother, sisters (Marlene, Carma, Geneal), and brother (Duane).

The family would like to thank the staff at Harms Memorial Hospital and Dr. Dean Williams and his staff for their compassionate care.

In lieu of flowers, donations may be made to Primary Children's Hospital in Joan's name.  Visit DavisRoseMortuary.com to share memories and condolences.

To order memorial trees or send flowers to the family in memory of Joan Steidley, please visit our flower store.