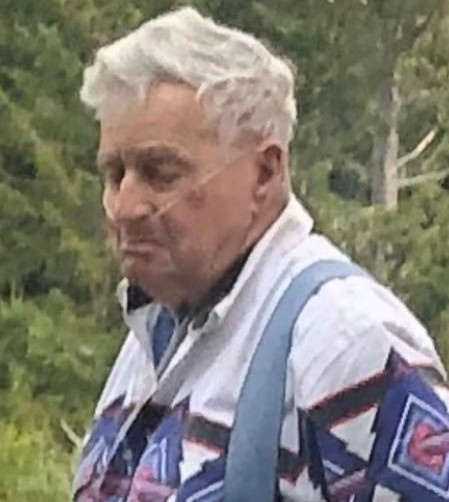 Our beloved father, grandfather and loving husband, John (Johnny) Ernest Blair passed away on November 2, 2021 surrounded by his loving family.


Johnny was born on July 16, 1931 in Happy Camp, CA to John and Wilma (Roberts) Blair. When Johnny was six years old his father died in a mining accident. In 1940 Wilma married Charles A Smith in Fontana, CA.

Johnny graduated from Victorville High School in California and then in 1951 Johnny moved to American Falls with his family. After arriving in American Falls, Johnny went to work on the railroad for Tel-A-Weld repairing rail. In 1952 Johnny was drafted into the US Army, he attended basic training at Fort Roberts, CA and was later deployed to Pusan, South Korea where he spent two years fighting in the Korean War. After Johnny was discharged from the army he returned to American Falls and went back to work for Tel-A-Weld, later Johnny went to work for Union Pacific railroad. In 1962 Johnny started farming, working with Wilbur Krien until 1974 when he went to work for JR Simplot in Pocatello. Johnny retired from JR Simplot in 1997 and has been enjoying camping, hunting and fishing ever since. Johnny loved the outdoors, but more so he loved experiencing adventures with his family.

Family and friends are invited to a celebration of life event on Saturday November 13th at the American Falls Senior Citizens Center from 2 p.m. to 5 p.m.

The family would like to thank the many friends who have expressed their support, Davis Mortuary who is so great at helping families through these difficult times and a special thank you to David Moore with Heritage Health and Hospice who took care of Johnny and the family over the last few weeks.

To order memorial trees or send flowers to the family in memory of John Blair, please visit our flower store.
Send a Sympathy Card