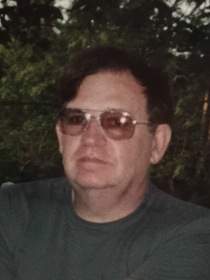 John R Curl was born in Pocetello Idaho on August 7, 1942 to John M. and Esther-Nachtigal-Curl.  Johnâ€™s mother passed away when he was two years old and Johnâ€™s father later married Sunbeam Thorton-Curl-Heaton who raised John and his brother James.  John passed away on February 1, 2015 in Grand Island, Nebraska at St. Francis CHI.

John graduated from American Falls High School and later attended Idaho State University before joining the US Air Force.  John was stationed in Juneau, Alaska followed by Dayton, Ohio where he met and married Lyn Moberg.  The marriage of John and Lyn was blessed with three children (Tracy, Carla, and John); they later divorced. John relocated to Grand Island Nebraska where he met his soul mate Barbara Stevenson whom he was with until his death.

During Johnâ€™s life he resided in Idaho, Ohio, Utah, Montana and finally Nebraska always enjoying the outdoors, he loved to fish, camp and spend time with family and friends.  During his career John worked as a computer engineer for  Sperry/Unisys Corporation until his retirement.  After retiring from Sperry/Unisys, John changed careers and worked as a Control Systems Engineer and Maintenance Planner for Con-Agra Foods/SWIFT/JBS in Grand Island Nebraska.  John was also the treasurer, mentor, and a leader for the Grand Island Chapter of Alcoholics Anonymous helping others achieve their goal of sobriety.

John was preceded in death by his parents; sister-in-law Judy; and Barbara Stevenson's sons; Steve Stevenson and Scott Stevenson.

John will be missed by family, friends and many others that were fortunate to have John in their lives. Rest in peace.

A graveside service will be held 11:00 am, July 18, 2015 at Falls View Cemetery.
To order memorial trees or send flowers to the family in memory of John Curl, please visit our flower store.