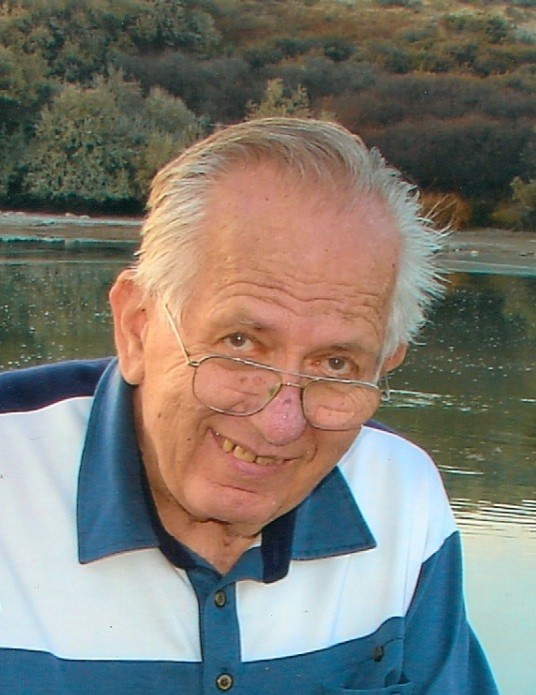 John Suhrke Larsen was born on January 26, 1935 to Holger Marius and Rachel May Suhrke Larsen.  He was the youngest of eight children.  He was born in Logan, Utah but only lived in Logan a short time before they moved to Salt Lake City.  John was an active child and broke a lot of bones.  Because he had broken his arm so many times it would not straighten out.  His mother would go to the school and take him home during recess to put a can of rocks on his arm to weigh it down.  She would do this at least twice a day and he has never had a problem with his arm since.

In high school he played football and was on the boxing team.

His siblings were a lot older than him and left home when he was young.  His grandmother Suhrke lived with them until her death.  He loved visiting with family and remembered many family vacations to visit his siblings and their families.

He was introduced to the love of his life, Carma Robison in Salt Lake City.  They were married in the Salt Lake Temple on April 12, 1957.  John worked for the Bestway Lumber company at the time they were married.  During their married life they had five daughters, Terri Lyn (Jay) Gardner, Pamela (Michael) Butterfield, JoDean (Mark) Peck, Jill (who died as a baby), and Jondrae (David) Reeve.

After moving to American Falls, John continued to work for Bestway for 4 ½ years before starting a business of his own in 1966 named Larsen’s Paint and Glass.  It was a hardware store that sold just about everything.  Over the years John seemed to know everyone in the town of American Falls and most of the people is the surrounding small towns.  One of his customers wrote an article about how when he moved to a big city, he went in a big box store to get a fly swatter.  He looked the whole store over and could not find one.  He stated that had he been in American Falls and gone into Larsen’s Paint and Glass, if John didn’t have a fly swatter, he would have put something together to make one.

One of the things John liked best was visiting with the people that would come into his store.  People would come in just to visit even if they didn’t need anything.  He was honest with his customers, so they were honest with him.  He would often run home for lunch and put a sign on the door that said he would be back in 15 minutes.  One day while he was home, he got a call asking when he would be back.  He had left the store unlocked and customers had found what they needed and were waiting for John to come back to check them out.  He would get calls after working hours from people who needed something, and he was always willing to meet them at the store to help them out.  He was well respected in the community and it was evident in the way people talked about him.

John loved his family and did everything he could for them.  They would take family vacations and because he was surrounded with women (a wife and 4 daughters) they would go shopping or do other things the girls would like but he never complained.  They learned to enjoy their time together.  When the girls were older and married, John and Carma would invite them and their families to go on vacation with them.  All of the children and grandchildren loved to be with Grandma and Grandpa.

John was devoted to his wife, Carma.  They were not only husband and wife but they were best friends.  They did everything together and enjoyed the same things.  Carma died July 12, 2015 and left a huge void in John’s life.  As his children, we are so grateful to have had John Larsen as our father and to have experienced all he taught us.  We appreciate all who have had an influence on his and our lives.

A graveside service will be at 1:00 p.m. Thursday May 7, 2020 at Fillmore City Cemetery in Fillmore Utah.

To order memorial trees or send flowers to the family in memory of John Larsen, please visit our flower store.
Send a Sympathy Card