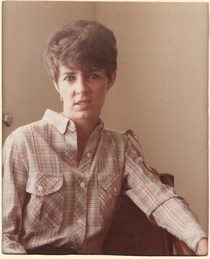 Judi was born on August 9, 1946 in Rigby, ID to Clarence Shore and Treasa Adamson Shore. She grew up and attended schools in Idaho Falls. After graduation Judi went on to earn her Cosmetologist license. She worked at various salons in Pocatello and in 1980 she became an instructor at ISU Cosmetology. While at ISU she became the VICA advisor. She continued her career at ISU Cosmetology until she took her medical retirement due to her MS. Her passion and dedication for teaching was obvious and still shows today through every student she taught.

In 1963 Judi married Daryl Shurtliff which ended in divorce. Judi then married Roger McAtee in 1969 and together they had their daughter Mendi McAtee Bradley. This marriage later ended in divorce. On February 13, 1980 Judi and Larry Phillips were married in Idaho Falls.

Judi is remembered with love by her husband Larry of Aberdeen: children Mendi (Paul) Bradley of Aberdeen, Debi Phillips and John Phillips of Boise; grandchildren Mckinnon and Jase Bradley of Aberdeen, Michael Permann and Nadia (Arsenio) Saakyan of Boise and one great grandson; father Clarence (Rosemary) Shore of Ririe; siblings Bill Shore, Rocky (Karen) Shore, and Jill (Cordell) Olsen all of Idaho Falls and many nieces and nephews. She was preceded in death by her mother Treasa Sterger and Sister Sandra Barker.

To order memorial trees or send flowers to the family in memory of Judith Phillips, please visit our flower store.
Send a Sympathy Card