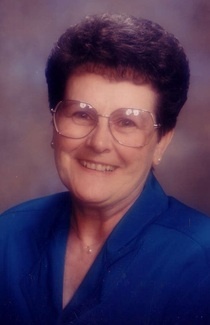 Julie Zacharias, 79
Julie Benita Zacharias, aged 79, died peacefully on July 22, 2017, after a long struggle with Parkinsonâ€™s disease. Julie was born December 21, 1937, in American Falls, Idaho, the daughter of Francisco and Dionisia Aguirre.
Julie graduated from American Falls High School in 1955. She attended Idaho State University, where she received her Associates degree in Business.
On September 15, 1961, Julie married Ray Zacharias; they moved to The Dalles Oregon for Rayâ€™s job on the railroad. After a short time, they moved back to American Falls to be closer to family.  Julie worked at First Security Bank, IB&T and at Harms Hospital. In 1982 she began working at Power County Court House.  In 1991 Julie was elected as Power County Treasurer where she worked until 1999 when she retired.
In addition to raising their two children Dena and Shawna she also enjoyed cooking, baking, bowling, reading and walking with friends. Julieâ€™s entire world was her family and friends. Her house was always open for anyone to visit. Coffee and treats were always available.
Julie was a member of St. Mary's Catholic Church. She was also a member of the American Legion Auxiliary.
Julie is survived by her brother, Phil and his wife Arlene Aguirre; daughters, Dena (Joe) Blaker Aberdeen, Idaho and Shawna Zacharias American Falls, Idaho;  grandchildren Kailee (Jason) Bailey, Brandon Pankratz, Alyssa Buffi, Rylee Buffi, Dalton Buffi; one soon to be great granddaughter Piper Bailey; and many nieces and nephews. Julie was preceded in death by her husband Ray Zacharias, infant child Linda Zacharias, her parents Francisco & Dionisia Aguirre, brothers Fred Aguirre, Leo Aguirre, Johnny Aguirre, Abe Aguirre, sisters Isabal Richardson, Irene Ytuarte, Helen Uruburu,
A special thank you to Julieâ€™s close friends and nurses at Spring Creek Assisted Living and Encompass Hospice. Your kindness and care was exceptional and greatly appreciated.
Julie was an amazing woman and will be greatly missed and has touched the lives of so many around her.
There will be a private graveside service for immediate family and friends at the American Falls Cemetery on Saturday, August 12, 2017 at 10:00 a.m. In lieu of flowers, memorial donations can be sent in her name to the charity of your choice.  Pastor Susan Westland will be officiating.
Condolences and memories may be shared at www.davisrosemortuary.com

To order memorial trees or send flowers to the family in memory of Julie Benita Zacharias, please visit our flower store.
Send a Sympathy Card