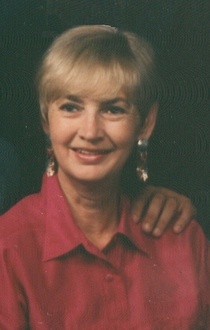 June Thompson Collings passed away on August 21, 2016 in her home in Boise. She was born in Rupert, ID on June 28, 1938 to Lorias E. Thompson and Luell Crawforth and spent most of her childhood in American Falls. June was an accomplished accountant with the Ada County/Boise City Housing Authority with many friends in the Boise area.

She was preceded in death by daughter Tracey Lee and son James Thompson. June is survived by her son Anthony Russell; brothers Lamar Thompson, Frank (Annette) Thompson and Jay (Kelly) Nelson and sisters Connie (Ron) Dejulis and Liz (Bob) Miller and many nieces and nephews.

To order memorial trees or send flowers to the family in memory of June Thompson Collings, please visit our flower store.
Send a Sympathy Card