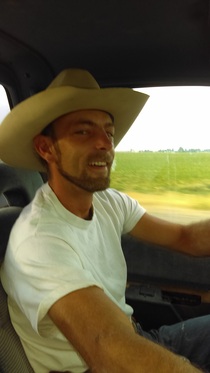 Justin Clyde Prather passed away suddenly Wednesday, Dec. 7, 2016 at his home in American Falls, ID. Justin was born May 24, 1987 to Lewis and Millie Prather in Boise, ID.
Justin lived with his family in Hammett, ID, until October of 1992 when the family moved to American Falls. Justin made many great accomplishments all throughout his school years, as well as an adult. He greatly enjoyed camping, hunting, fishing, mountain rides, playing spoons, working hard and anything that presented a challenge.
From the time of childhood Justin was a hard worker. He started with yard jobs, and went on to having his own landscaping business. Other jobs included managing a trailer park, farm laborer, cutting trees, sod farming, truck driving, bartending and Virginia transformers.
Justin is preceded in death by his mother, Millie Prather.
Justin had a son, Logan Kingston, with Jennifer Kingston. On Oct. 2, 2010 Justin married Melissa Hess. They had one son, Jesse Prather, and one stepson, Isaiah Escamilla. They divorced in April of 2013. In September of 2014 Justin married Miranda Prather (Blank). They had one son, Daniel Prather, and three stepsons, Zachery Urquhart, Kayden Goin and Tyler Goin.
Justin is survived by his father, Lewis Prather; brother, Tyrell Prather; half-brother, Kevin Prather (Amy Prather); and one half-sister, Kathryn Prather; as well as many other relatives and friends.
Services will be held on Saturday, Dec. 17, at 4:30 p.m. at the Davis-Rose Mortuary in American Falls. Condolences and memories may be shared at www.davisrosemortuary.com.

To order memorial trees or send flowers to the family in memory of Justin Clyde Prather, please visit our flower store.