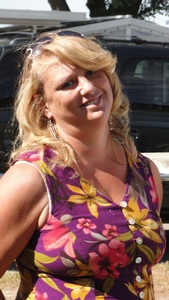 Kathryn Lynn “K. Lynn” Norlen, 45, of American Falls succumbed to depression and alcoholism and ended her life on Monday, October 14, 2013 at Massacre Rocks State Park.
K. Lynn was born Kathryn Lynn Wetzel on October 23, 1967 in Seattle to Vernon and Dorothy Wetzel, joining brothers Steven and Mark and adding sister Kirstin 2 years later. She graduated from American Falls High School in 1987 and married high-school sweetheart Evan Wiese that same year and relocated to Portland, OR and later Seattle, WA.  Son Kasey was welcomed to the world in 1988.
After K. Lynn and Evan divorced in 1992, she married Chad Norlen on December 26, 1992 in Coeur D’Alene, ID, and opened her arms to his son, Rob as well. K. Lynn and Chad were blessed with the birth of Danielle on December 23, 1999 and moved back home to American Falls in 2000.
K. Lynn was always a motivating force for those around her, with a captivating personality and an infectious laugh.  Never one to sit still, she could often be found hiking, tubing, or fishing, but on Fridays or Saturdays she loved browsing yard sales with close friend Jim.
Animals were a large part of K. Lynn’s life.  She maintained a dog grooming business since 2006 which allowed her to work at home and be available for her family and the many animals whose lives she touched.  More than a few kittens, birds and squirrels owe their lives to her.
K. Lynn leaves behind a loving family; her husband of 20 years, Chad Norlen of American Falls; son Rob Norlen (AshLeigh) of Shelton, WA; son Kasey Wiese (Emily) and daughter Danielle Norlen of American Falls; parents Vernon and Dorothy Wetzel of Boise; brothers Steve Wetzel (Dana) of Coeur D’Alene and Mark Wetzel (Jami) of Boise; sister Kirstin Stopka (Richard) of Chubbuck; father-in-law Jim; nieces & nephews Kendall, Stuart, Kyle, Cody, Jade, Kolae, Mason, Molli, & Max; multitudes of friends, customers & critters. She was loved by all.
Services will be held at St. John’s Lutheran Church in American Falls on October 19, 2013 at 1:30 PM. Her family will return her to the waters she so loved privately at a later time.
In lieu of flowers, you may make donations to AFCATS or New Leash On Life, ATTN: Judy Fehringer, 540 North Oregon Trail, American Falls, ID 83211, or consider adopting an animal in need of a home. To share memories, please visit her Facebook page at www.facebook.com/klynn.wetzelnorlen, or www.davisrosemortuary.com.

To order memorial trees or send flowers to the family in memory of K. Lynn Norlen, please visit our flower store.