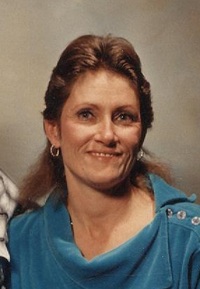 Our Heavenly Father called our beautiful angel home on September 11, 2013. Karen Fernau was born June 17, 1951 to Paul and Clara Marie Sampson. She was the 8th of 9 siblings.

She married the love of her life , Douglas on February 5,1972. They were blessed with three children, Michael,TreNae, and Shayla. They also opened their hearts and their home to Shannon and Marshall. She was known as "Mom" to many.

She worked for the Power County Sheriffs Office for 17 years, retiring in March of 2009.

She was preceded in death by her beloved son, Michael, her parents, sister Butch and brother Johnny.

She is survived by her husband of 42 years, Doug; her children, TreNae and Rick Dyer, Shayla Fernau, Shannon and Larry Nichols, and Marshall Sampson; her grandchildren, Indikah, Riley, Mikiah, Ricky, Amy, ShyLi, MarLi, Jordan, CaiDean, Logan, Amara and Paul and one great-grandson, Riggin. She is also survived by three brothers, Dee Dee, Dale and Dennis and three sisters, Honeygirl, Shirley and Judy. Because her love was so much deeper than "blood" she is survived by Missy Wasia and her children; Michael, Savannah, Marissa and Daxton.

A very special thank you to Missy Wasia and Eloise Scott for caring for our mom like she was her own.

Visitation will be Tuesday September 17, 2013 from 6 to 8 pm at Powerhouse Christian Fellowship in American Falls, Idaho. Graveside services will be Wednesday September 18, 2013 at 1 pm

at Fallsview Cemetery in American Falls, Idaho, where she will be laid to rest with her son.

To order memorial trees or send flowers to the family in memory of Karen Fernau, please visit our flower store.