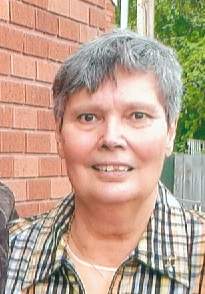 She married Dallas Winder and to this marriage were two boys, Jay and Bruce.  They made their home in American Falls.  She enjoyed traveling, camping, fishing, and hunting with her family.  She enjoyed chasing her two boys to all their sporting games.  Her laughter was contagious and could often be heard above the crowd.  She had several jobs from cooking at Power County Hospital and Elementary school to driving the Senior Citizen bus.  But what she enjoyed the most was being a homemaker.  She was an exceptional cook, baker, and candy maker.

She is preceded in death by her parents, her husband Dallas, one sister Dorthey, and two brothers Phil and Rick.  She is survived by her two boys Jay (Cindie) and Bruce (Kristin) one grandson Jared and two granddaughters Adara and Macy.  Mom will be missed dearly by all. If her cooking didn’t bring you back wanting more her positive attitude and laughter would.  “Life is good,” is what she always said.

Her family would like to thank everyone at the Portneuf Medical Cancer Center for your professionalism and care during treatments.  Thank you.

A visitation will be from 5PM to 6:30PM with a rosary service from 6:30 to 7PM Thursday, December 14, 2017 at St. Mary’s Chapel, 352 Roosevelt St, in American Falls.  Another visitation will be at 12 noon on Friday with the Funeral mass starting at 1PM Friday at the church.

To order memorial trees or send flowers to the family in memory of Karol Ann Winder, please visit our flower store.