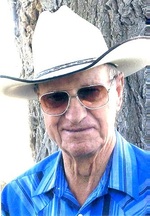 He lived in Lake Channel from the time his family moved there when he was about four years old.  They raised horses and cattle and later on started farming spuds, grain and hay.

To order memorial trees or send flowers to the family in memory of Kay Knight Weaver Hunt, please visit our flower store.
Send a Sympathy Card