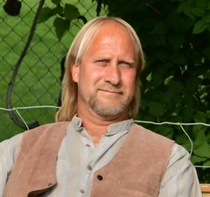 Kelly Edward Kucera passed away at his home after a long battle with an illness on September 21, 2016.  Kelly was born to Paul and Paula Kucera on August 23, 1963 in American Falls, Idaho.

Kelly enjoyed riding up in the mountains, drinking beer and flying his remote control airplanes.  Most of all Kelly enjoyed spending time with his daughter, Kelsie and the love of his life, Geniel. Kelly became the proud father of Kelsie on January 18, 2001.

Kelly graduated from American Falls High School.  He loved working at John Deere until he was physically unable to work.

There will be a gathering and Celebration of Life service Monday, September 26, 2016 at 6:00 pm at Davis-Rose Mortuary, 170 Idaho Street in American Falls.

In lieu of flowers donations can be made at Davis-Rose Mortuary, or mailed to PO Box 413, American Falls, ID 83211.

To order memorial trees or send flowers to the family in memory of Kelly E. Kucera, please visit our flower store.
Send a Sympathy Card