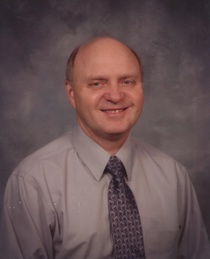 Kenneth Platt Price, 65, passed away at home January 31, 2014 surrounded by family and friends after a courageous battle with cancer. Ken was born in Malad, Idaho January 8, 1949, the first of four children born to Phyllis Waldron and Evan Platt Price. He was raised in Malad Idaho and graduated from Malad High in 1967. He received his Associates Degree from Ricks College and studied finance at ISU.  Ken was a member of the Church of Jesus Christ of Latter Day Saints and served in the Eastern Atlantic States Mission where he loved serving others. On June 28, 1974 he was sealed in the Salt Lake City Temple to Nedra Tanner. He later moved to American Falls to open up a Western wear store, Radio Shack, sold cars, and later became a realtor. In his lifetime Ken served as a High Priest, Elders Quorum President, ward mission Leader, ward Clerk, second counselor in the Bishopric, and numerous callings with scouts and young men.  Kenneth loved spending time with his family camping, hunting, fishing and making others laugh.  He also loved to watch the Utah Jazz with his kids and loved his weekly date night with his sweetheart Nedra. He is survived by his mother, brother Dale, sister Ruthann, wife, children; Julie (Mike Severn), Angela (Truman Lackey) and Cory Evan (Anika Price), and 10 grandchildren. He was preceded in death by his sister Helena and father. Funeral services will be held Thursday, February 6th at American Falls Stake Center 11 am. The public viewing will be Wednesday, February 5th at American Falls Stake Center from 6- 8pm and 10am on Thursday February 6th.  He will be laid to rest in Samaria, Idaho Thursday February 6th at 3:30pm.  Condolences and memories may be shared at davisrosemortuary.com.  In lieu of flower donations can be sent to Bank of Commerce in care of the Ken Price memorial fund.

To order memorial trees or send flowers to the family in memory of Kenneth Platt Price, please visit our flower store.