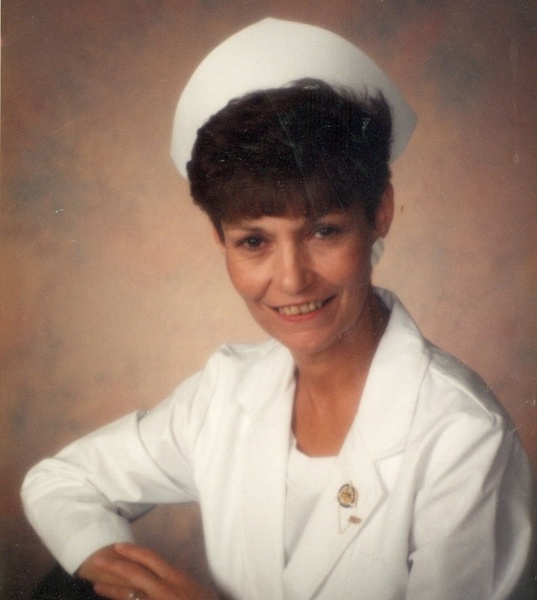 Laura “Joan” Hawkley Nielsen peacefully returned to her heavenly family on November 26, 2021 at home surrounded by her loving husband and daughters. Joan was born on April 3, 1946 in Pocatello, Idaho. She is the fourth child of Leland and Ellen Hawkley and was raised in American Falls, Idaho graduating from American Falls High School in 1965. She went on to attend Idaho State University where she met Rodney Girvin III. They were married on June 19, 1965 in American Falls. On February 11, 1966 daughter Dawn Michelle was born and a second daughter, Dana Leigh soon followed on May 29, 1967. Shortly after Dana’s birth they relocated to Lafayette, Indiana. The marriage ended in 1969 but Joan and her girls remained in Indiana for another 10 years. In 1977 Joan and the girls returned to American Falls where she worked at various jobs including several years as an optician’s assistant. On February 11, 1981 Joan went on her first date with Matthew Lee Nielsen. Joan was anything but conventional. That first date with Matt was attending Dawn’s surprise 15th birthday party. Joan quickly knew she had met her soul mate and they were married in Mackay, Idaho on March 7, 1981 and made their home in American Falls. Joan and Matt enjoyed many adventures including traveling, river rafting, camping and Rzr riding. Joan was a larger-than-life personality stuffed in a petite little body. She was often the instigator when it came to spontaneous activities. No matter how crazy it sounded, her infectious enthusiasm made it impossible for friends and family to decline to participate. So many cherished memories were made because Joan had one of her impromptu ideas.

Her favorite holiday was Independence Day. She loved it so much she would wear red, white, and blue all year round. During her brief stay at a skilled care center, she purchased and passed out small American Flags to every resident and received permission to place several more flags on the hospital grounds. Her love of our country was passed down to her children and grandchildren.

Joan was happiest when in the service of others. In 1990 Joan enrolled in nursing school at Idaho State University graduating with her LPN in 1991. She took pride being the only grandma in her class. After graduation she worked at the ISU Student Health Clinic as well as for a private practice. Joan loved caring for others and being a nurse fulfilled that natural desire to serve.

Joan had a very generous nature. No one was ever a stranger. If she saw someone in need, she would give whatever she had even if she didn’t have it to spare. She had an uncanny gift of knowing how to help, whether it was monetary, words of encouragement, or the gift of time. Many friends and family were blessed with a personalized poem for a special occasion or just because she felt the desire to brighten someone’s day. Her poetry was so good that several of those poems were published.

Joan was a member of the Church of Jesus Christ of Latter-Day Saints. On September 14, 2011 she, Matt, Dawn and Dana were sealed as a family for time and eternity in the Idaho Falls Temple. Having an eternal family was very important to her. She was a proud grandmother to Matthew, Sarah, Tyler, Garrett, Madison, and Ella. She also adored her great grand-children Lincoln, Boston, Ethan, Cora, Bob, Charlie, and Kenny.

Her infectious laughter and quick wit will be missed by all.

The family would like to thank the employees at Heritage Hospice especially her nurse Julie RN and Kelsie CNA. As well as Morgan Douponce, CNA for the kind and gentle care they provided Joan these past two months.

To order memorial trees or send flowers to the family in memory of Laura "Joan" Nielsen, please visit our flower store.