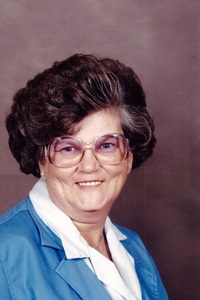 Jean was at a young people’s church gathering in 1945 when she met a boy named LeRoy.  Two years later they met again fell in love and became a couple.  Jean married LeRoy Zimmerman in Hansen, Idaho on January 14, 1948.  They lived in Aberdeen Idaho, American Falls Idaho, Aberdeen Washington and Boise, Idaho.  They were blessed with three sons and two daughters.

The couple farmed in American Falls where Jean cooked for the farming crew and cared for her family.  She became a Nurses Aid and later went to school and obtained her LPN degree.  She worked at Harms Memorial Hospital until she became mother to her twin daughters.

Jean loved her Savior and studying her bible.  She enjoyed crocheting, knitting and reading.  Jean volunteered for over 20 years at Love Central, Inc. of the Central Assembly Church food bank.  Before Alzheimer’s limited her ability she was often seen walking her beloved little dog Mitzi.

Jean was preceded in death by her parents and her brother Richard.

Services will be on Saturday July 20, 2013 American Falls Christian Fellowship 339 Harrison Avenue American Falls Idaho.  Visitation at 9:30 AM and the funeral at 10:00 AM.  Interment will follow at the Falls View Cemetery.

We appreciate the respect and loving care our mother received from the nurses and care givers at Encompass Hospice and the staff at Ashley Manor on Cedar.

To order memorial trees or send flowers to the family in memory of Laura Jeanette Zimmerman, please visit our flower store.