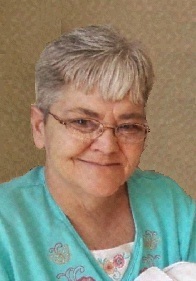 Lavonne Doris Elquezabal, of American Falls, Idaho passed away due to chronic obstructive pulmonary disease (COPD) at her home on October 2, 2013.

Lavonne was born Jan. 9, 1959 to Charles and Valeria Amos in St. Maries, Idaho.  She attended school in American Falls.  She became a personal care aid with Countryside Home Health and Hospice in Aberdeen, ID until she was force to stop due to illness.

Lavonne enjoyed camping in Rockland with her husband, Jose, and being with her children.   Lavonne loved playing darts with the American Falls Dart League.  Her hobbies were collecting anything Elvis, angels, light houses, Native American and porcelains dolls.

She was preceded in death by her parents, her daughter Mikia De La Cruz, brother Clarence (Klix) Earnest Amos, her mother-in-law, Blanche Elquezabal and her uncle Harold Savage.

The visitation will be from 11 a.m., Tuesday, October 8, 2013at Davis-Rose Mortuary, 170 Idaho St. American Falls.  The graveside service will follow at 12:30 p.m. at the Aberdeen Cemetery, Aberdeen, Idaho. Condolences and memories may be shared at www.davisrosemortuary.com.

To order memorial trees or send flowers to the family in memory of Lavonne Doris Elquezabel, please visit our flower store.