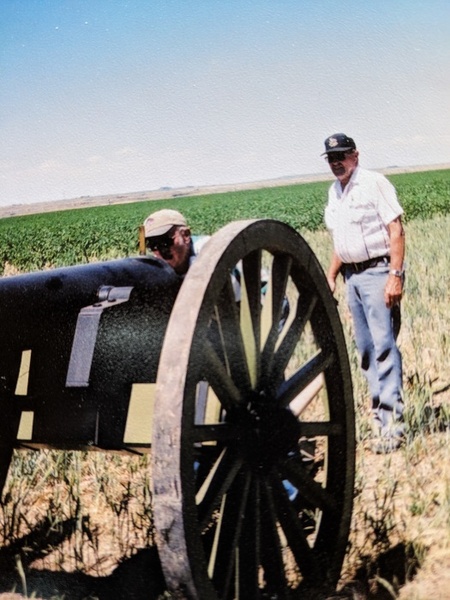 Leonard was the oldest of four sons born to Ade and Bertha Bethke. He graduated from American Falls H.S. and took his first job with P.I.E. Trucking Co. in Wamsutter, Wyoming.

He worked at Bucyrus Erie until it closed and then at Snake River Cattle Company until he retired. Leonard enjoyed woodworking, creek fishing and working on many creative Projects. He built a child size train for his nephews to ride on and a detailed sheepcamp with all the comforts of home. He also enjoyed working on antique engines and traveling with his brother Vernon to mountain man cannon shoots. Leonard was a beloved member of Shepherd of the Falls Lutheran Church, LCMC.

A memorial service will be held on Friday, July 5, 2019 at 3 p.m. at the Davis Rose Chapel on Idaho Street. Condolences can be shared at www.davisrosemortuary.com.

To order memorial trees or send flowers to the family in memory of Leonard Lee Bethke, please visit our flower store.
Send a Sympathy Card