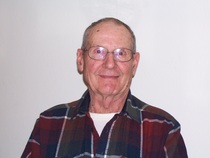 Lloyd James Miller left us on Saturday January 4th, 2014.  He was born in Nelly, Idaho just outside of American Falls, on January 16th, 1933 to his father Ancil and mother Wilma Miller.  Lloyd and his twin, Floyd were 2 of 13 to make up the family.  Lloyd grew up in Rockland and American Falls areas.  After completing 8th grade, he worked on local farms until he joined the Air Force and served 4 years during the Korean War.  He then returned and married Lorraine Rytting who had three children which Lloyd loved as his own: Christine, Linda and Kim.

A few years later they had three children of their own: Doug (Laura) of Pocatello; Lori (Mike) of Challis; and Korey (Shawna) of Pocatello; and ten grandchildren.  Lloyd also had a second wife, Hazel again accepting more step-children and enjoyed his many grandchildren and great grandchildren from all three families. Lloyd worked for Simplot for over thirty years before retiring.  Lloyd enjoyed watching his grandchildren play sports. He also enjoyed working with his brothers in tree removal, and he enjoyed gardening, hunting, fishing and his old time music over his 80 years of life.

To order memorial trees or send flowers to the family in memory of Lloyd James Miller, please visit our flower store.