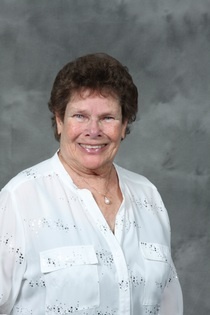 Lois Elaine (Woertman) Greenrod was born June 23rd, 1943 and passed away on June 4th,  2017. Lois was born the fourth of six children to Carl and Elizabeth Woertman. She was educated in a Catholic school and continued to practice her religion throughout her life. Lois enjoyed bookkeeping in high school and used that skill through many jobs throughout the years. In January of 1965 she married Gary Greenrod of Denver. They moved to California where shortly after they had their first son, Kenneth. Within the year they had moved to Michigan and soon came Debbie and Matthew. Her hands were full with a three, a two and a one-year old. With three young children they returned to Colorado and moved around many times raising the children in the mountains of Colorado. In 1978, Gary came home and informed Lois they were moving to American Falls to be near friends where they finished rearing their children throughout their middle school and high school years. Lois was employed with the city of American Falls for many years. Encountering the loss of their first son, Kenneth, in 1986 in a boating mishap, Lois and Gary then opted to move back to Denver. At the age of 56, Gary died in 1997 due to a heart attack.  In 2003, another tragedy happened to Lois and Debbie when they lost Matthew to a motorcycle accident. At this time Lois retired from property management and decided to move back to Idaho to be with Debbie and family. Lois built a home for herself and started a new job with Power County Hospital District in the front office. She made many dear friends along the way.

Lois was preceded in death by husband Gary, sons Kenneth and Matthew, brothers Dick and Don, her parents and mother and father-in-law.

A Mass will be held 11:00 am Friday, June 9 at St. Maryâ€™s Catholic Church in American Falls with a viewing held prior to the service at 10:00 am and a viewing Thursday, June 8 at 6:00 pm. A Rosary will follow the Thursday night viewing at 7:00 pm.  Interment will be in Falls View Cemetery. Condolences and memories may be shared at www.davisrosemortuary.com

To order memorial trees or send flowers to the family in memory of Lois Greenrod, please visit our flower store.