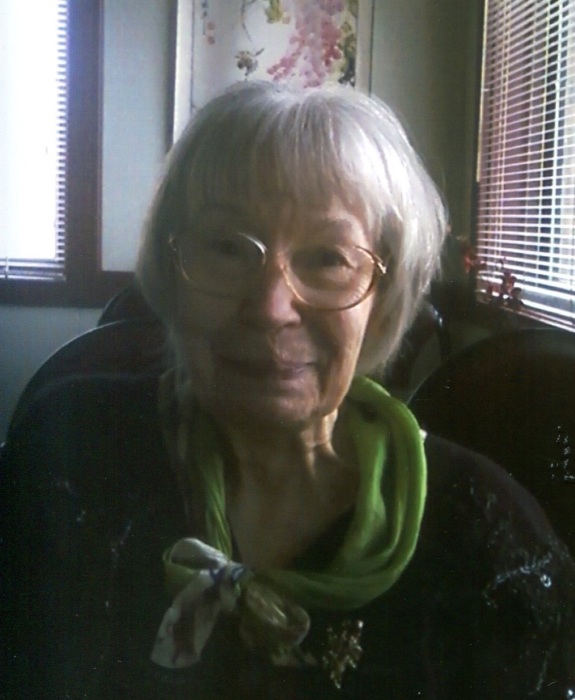 Lois Kay Nielsen (Katie) 81, passed away of natural causes on Tuesday, January 29, 2019 at her home in of Gildford, MT. Katie was born in Portland, OR on June 24, 1937 and was the first child in a family of three children. From the time Katie was a baby till she was 13, the family moved often. Living in Pocatello, ID where her brother and sister were born; Ogden, UT where her father had been deployed to supervise POWs from World War II; to Rupert, ID after the war ended in 1945; to Boise, ID in the summer of 1948 for a year; to New Plymouth, ID for a year and finally settling in Jerome, ID in the summer of 1950.

At a very early age, Katie developed a musical talent and in grade school both she and her sister would sing harmony duets together in church. She had the extraordinary talent of being able to pick out the alto by ear! Katie would often provide piano accompaniment to Margaret’s vocal solos. The two sisters enjoyed playing duets together on the piano. In addition to the piano, Katie played the flute in band during junior high and high school. She was a member of the International Order of Job’s Daughters, where she held various offices, which included the privilege of being elected Honored Queen, which is the highest office.  Kay graduated from Jerome High School in 1955 with a scholarship to the College of Idaho, where she attended for 1 year before transferring to Westminster College in Salt Lake City, UT for nursing.

On December 14, 1962 Katie married Ted Nielsen.  Katie was previously married and had 1 child from that union. She lived in Pocatello, ID till 1964; American Falls, ID till 1966; Sunnyvale, CA till 1967;  and Burley ID till 1970. While living in Burley the family was blessed with 2 more children. She was an impeccable pianist and lent her talents for church services and weddings while residing there.  In 1970 she moved to Havre, MT and stayed there for the next eight years. While in Havre, she had the blessing of a 4th and final child. She was active in Homemakers club while residing in Havre.  It was in 1978 that Katie relocated her family to the tiny town of Connell, WA. Kay lived in Connell for the next 32 years until the passing of her husband Ted in 2010. After which, Katie moved to Gildford, MT to live out the remainder of her days with her daughter, Chelise, and to be near her grandchildren and great-grandchildren.

During Katie's 32 years in Connell she was active in the community where she volunteered at the pre-school as well as in the high school, helping special needs children. Katie was always open to help anyone. She is remembered by old friends for her kind and giving heart as well as her listening ear and helpful advice.  Katie’s favorite pastime was bowling, and she was actively on a bowling league for many a year. Katie enjoyed playing her electronic organ piano in her home and would often be found playing nostalgic tunes. Family was very important to Katie and she relished in the time that she was able to spend with her grandchildren and great-grandchildren; she could often be found reading to them. Katie enjoyed sewing, knitting, crocheting, sketching and babysitting the grandchildren and great-grandchildren.

A graveside service will be held 11:00 am July 13, 2019 at Falls View Cemetery.  A luncheon will follow the service at the Power County Senior Center.

To order memorial trees or send flowers to the family in memory of Lois Kay (Katie) Nielsen, please visit our flower store.