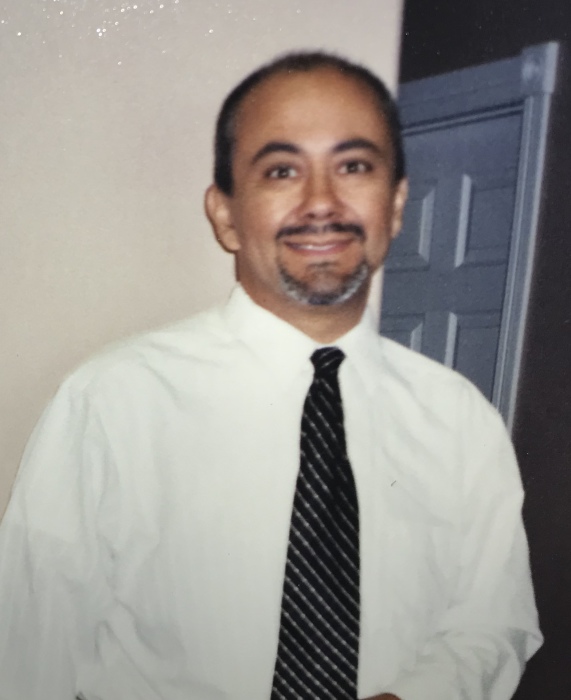 Lorenzo Valenzuela Gonzalez 51, passed away suddenly following a long battle with kidney and heart disease, returning to his Heavenly Father on October 25, 2018.
Lorenzo was born on May 18,1967 in Chihuahua Mexico to Josefina Valenzuela and Margarito Gonzalez. He spent his early years in Mexico until his family moved to Arizona. Finally settling in Twin Falls Idaho where they made their home. Some of Lorenzo’s proudest moments were becoming a United States citizen, graduating from Twin Falls High School He obtained a certificate in early childhood education. Lorenzo worked for the Idaho Migrant Council and EICAP for 20 years until his illness made it impossible to work. During his tenure at the Idaho Migrant Council he met Heather Preston and fell in love.
He is survived by the love of his life Heather Gonzalez, his three children Maikayah (Elijah) Baird, Gabriel Gonzalez 15 and Kiera Gonzalez 12 and granddaughter Victoria, 8 months. He is also survived by his five siblings, Nestora B Hernandez, Maria A Alaniz , Maria E Hernandez, Jose G Gonzalez, Juan A Gonzalez. Lorenzo is also survived by many aunts, uncles, nieces, and nephews, cousins, and brother and sister in-laws that he deeply loved. Lorenzo loved his children and family with every fiber of his being and recently became a grandfather. Family was the most important thing to Lorenzo and continued to share his love until the end. Lorenzo, later in life, became a faithful member of the church of Jesus Christ of Latter Day Saints. Becoming a faithful servant of Heavenly Father.
The family would like to express their sincere gratitude to all the care that was given to Lorenzo throughout his illness. Including all who took care of him at dialysis and all of the wonderful care providers at Gateway transitional care.
Lorenzo was preceded in death by his parents, Josefina Valenzuela and Margarito Gonzalez, and step-father, Ventura Hernandez, his nephew Tylan Claunch, and mother and father in law Charlene and James VanSell.
Funeral services will be provided by Davis-Rose Mortuary. Funeral services will be Thursday November 1, 2018 at 11 AM at The Church of Jesus Christ of Latter-day Saints located at 650 Pocatello Avenue in American Falls Idaho. Presiding over the service is Bishop Beck. A luncheon will follow.
â€‹

To order memorial trees or send flowers to the family in memory of Lorenzo V. Gonzalez, please visit our flower store.
Send a Sympathy Card