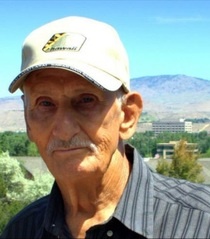 Lyle Orion Christensen, a long time resident of Amador County, passed away at age 80 on July 3, 2016, following complications from hernia surgery. Lyle was born in American Falls, Idaho February 1, 1936, as the youngest of 6 children, to Iva and Orion Christensen. He moved to California to seek job opportunities and was joined in marriage to Virginia Diane Miller, on February 27 1960, for 31 years and had two children, Mark and Debbie. Lyle later married Karen Oâ€™Meara Finch December 18, 1994 who preceded him in death on August 10, 2004. He was also preceded in death by his parents and siblings, Glenn, Gene, Floyd, Ray and sister Lela Lake.  He is survived by son Mark Christensen, daughter Debbie Christensen-Long, step-daughter Patty Finch, ex-wife Virginia Miller, one granddaughter Kellsey Long and many nieces, nephews, and cousins.  Lyle led a very full life in his 60 years living in California, working different jobs. He enjoyed ski instructing at ski hills near his home in Pine Grove, Ca, driving truck and managing Kentucky Fried Chicken. He returned to truck driving up to about three years ago.  He never really retired and spent this last year helping out his neighbors with yard work and odd jobs. Lyle will be back home again,  returning  to Idaho to be laid to rest on September 9th 2016  at 1p.m.,  at which time his remains will be placed with his parents, Iva and Orion in the Neeley Cemetery following a brief graveside service with  Family and friends.   Condolences and memories may be shared at www.davisrosemortuary.com
To order memorial trees or send flowers to the family in memory of Lyle Orion Christensen, please visit our flower store.