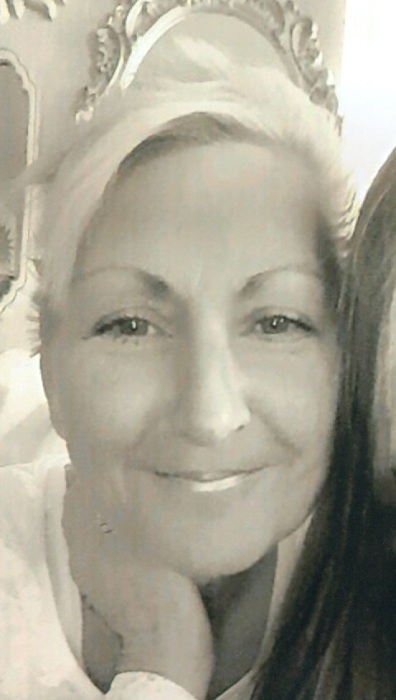 Heaven has gained a beautiful angel.

Lyndi Ranee Hall passed away on Sunday, July 22, 2018.  Where she joined her husband Todd Hall in Heaven.  She was born on August 15, 1964 to Kathy Jolley and Marland Jensen in American Falls, Idaho.  She spent most of her life in American Falls where she married Robert Todd Hall October 21, 1994.

She enjoyed spending most of the time with her family, especially her grandbabies.  She was a proud woman and would help anyone she could.  Her smile was contagious as well as her goofy personality.  Anyone who knew her knows what we’re talking about.

Lyndi spent many years working at Simplot and Lamb Weston, were she met many of her life long friends.  She is survived by her mother Kathy Jolley and step dad, Richard Jolley, Her 3 daughters Chassiddy (Jason) Bowman, Stephanie Nova, Brittany (Eleazer) Rangel, her son Anthony Hall, siblings, Daryl (Angela) Jensen, and Janet Harris, her grandbabies, Skylee, Fatima, Aubryelle and Ariana.

She will be missed by many.  We will love you always and forever.  This is not goodbye because we will see you later.

To order memorial trees or send flowers to the family in memory of Lyndi Ranee Hall, please visit our flower store.
Send a Sympathy Card