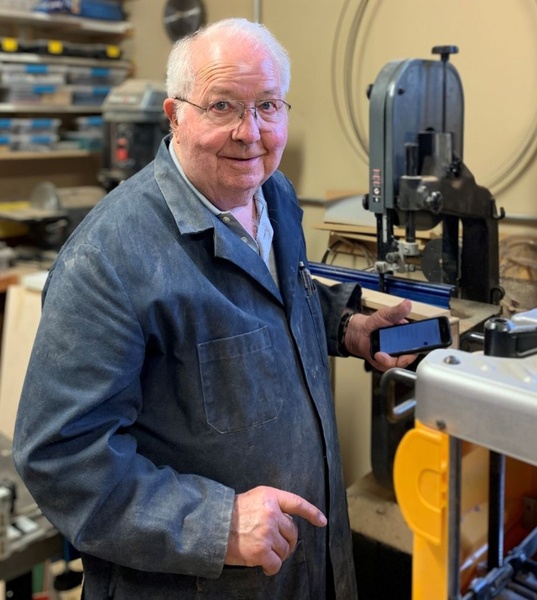 Lynn Forsgren Johnson was born to L. Hyrum and Gladys Forsgren Johnson on May 21, 1931, in Mink Creek, Idaho. He passed away on March 18, 2022, in Chubbuck, Idaho after suffering from Parkinson’s for several years.

He was raised in Mink Creek and Fairview, Idaho. He helped on the family farm. He graduated from Preston High School and then went to Moscow, Idaho to attend the University of Idaho.

While there he worked 4 jobs to pay for college. He graduated with a degree in Agricultural Engineering. Before his last year of college, he married Sharon Cole (a neighbor in Fairview) in the Logan Temple.

He served in the Air Force. His first assignment was California where he attended UCLA and earned a Certificate of Competence in Meteorology. He was then stationed in Washington. His last assignment was in Alaska, where he was the meteorologist for his flight crew.

Education was always important to him, so after his military service, Lynn and Sharon moved to Moscow, Idaho to begin his master’s degree and then to Montana to finish his degree. Their 5 children were each born in a different state.

He was a faithful member of The Church of Jesus Christ of Latter-day Saints. After Montana came Kansas where he served as the Bishop. The family moved to New Jersey where he was Branch President and then back to Idaho where he was Bishop of American Falls 2nd Ward. His testimony of the gospel of Jesus Christ was shown in how he treated those around him. He always saw the best in people.

In the 1960’s and 1970’s, local units in the Church would raise money to help build buildings. When living in Kansas, he started a project to sell wooden marble games that the members had made to raise money. In American Falls he started the “Sod Farm” and sold sod to raise money for buildings.

He was always looking for ways to make life easier which resulted in several patents, especially in farming equipment. He said that sometimes he would wake up in the middle of the night with an idea and then he would find his notepad and start designing. Some of these ideas led to the creation of business ventures that thrive today.

After retiring he enjoyed golf and traveling to different golf courses around the United States. He also set up woodworking shops. His shop in St. George was well equipped. He made many wood projects for family and friends, such as: cutting boards, chairs, pedestal stands, toys, picture frames, etc.

He is preceded in death by his wife of 69 years, Sharon Cole Johnson and by one great grandson. He is survived by one older sister: Helen Gallenstein (John) of St. George, Utah. He also is survived by his five children: Shari Lyn Kress (Randy) of Chubbuck, Idaho; Kevin Johnson (Tara) of Pocatello, Idaho; Corey Johnson (Susan) of Layton, Utah; Suzanne Taysom (Kelvin) of St. George, Utah; Sally Luthy (Jeff) of Sugar City, Idaho. He has 24 grandchildren and 72 great grandchildren with 3 on the way.

The Visitation will be at 9:30 a.m. Wednesday March 30, 2022, at The Church of Jesus-Christ of Latter-day Saints, AF 4th ward, at 650 Pocatello, Avenue, American Falls, Idaho. The funeral will follow at 11:00 a.m.   To share condolences, memories, and photos please visit DavisRoseMortuary.com.

To order memorial trees or send flowers to the family in memory of Lynn Forsgren Johnson, please visit our flower store.