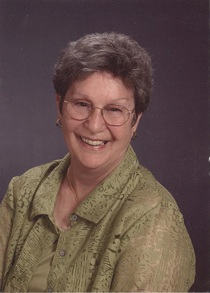 Marguerite (Brumfield) Armstrong passed away quietly at Portneuf Medical Center on July 6, 2014 surrounded by her loved ones.
She was born March 9, 1936 in Forsythe, Missouri to John and Bertie Brumfield. When she was 6 months old, her parents decided to move to Idaho. She was number 7 in the line of 8 Brumfield children.
Her Father farmed in American Falls for a few years and later moved to Aberdeen.
After attending school in American Falls, she met and married Clark (Sonny) Wagstaff. Of that union, Robert and Denise Wagstaff were born.

After that marriage ended, she later met David Gordon through her younger brother Dale Brumfield while Dale and David served in the Navy together. They were married and David adopted Denise and gave her the last name of Gordon. They welcomed four more children to their family, Scott, Teri, Nacole and Michael Gordon. As the children were getting older and the family needed additional income, she took a part time job driving school bus.
Marguerite and David then moved to the Twin Falls/Kimberly area where she worked at the Kimberly Care Center.

After their marriage ended, she moved back to Aberdeen to care for her children and started working at Simplot. This is where her and James Armstrong met and later were married on February 19, 1978. She remained married to James until her death.
She worked at Simplot for 22 years where she made many wonderful friends. She retired from Simplot and decided that retirement was not for her and went to work for the USDA at Lamb Weston grading potatoes.

Later on, she went to work for Power County Hospital in housekeeping, then transferred to the dietary department. She absolutely loved her time in the kitchen because of the people she worked with and the ones she cared for. Health reasons forced her to finally retire for good at 76 years of age. She now had the time to spend with her loved ones and was able to enjoy the time with the lights of her life, her children and grandchildren. She was loved by everyone that met her and left a big impact on everyone who had the opportunity to know her.

She was preceded in death by her parents, 5 brothers and one sister.
The viewing will be held at Davis-Rose Mortuary on Friday, July 11 from 6 to 8pm. The funeral will be held at St. Johnâ€™s Lutheran Church on Saturday, July 12, with a brief viewing beginning at 10 am, the funeral to follow at 11am. After the services a luncheon will be provided. There will be no graveside services per her wishes.

In lieu of flowers, please contribute to the Power County Skilled Nursing Facility.
Memories and condolences may be shared at www.davisrosemortuary.com

To order memorial trees or send flowers to the family in memory of Marguerite Armstrong, please visit our flower store.