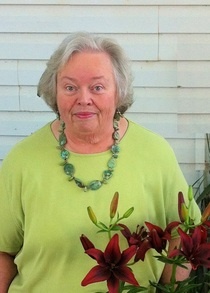 Maria Louise Lovelady Rast passed away on October 28, 2015 after an extended illness at the age of 71 years young. She was born in Big Timber, Montana, on March 1, 1944, to Louise Wonacott Lovelady and David Lovelady. She was raised in Twin Falls, Idaho and attended Idaho State College University where she studied cosmetology and met her husband Ervin Rast. The couple was married in 1964 and moved to American Falls, Idaho. Maria was active in the family farm operation as well as those of neighboring farmers, and drove a truck and a tractor every year until she was 70 years old. Maria was a creative and loving person. She had an avid interest in painting, doll making and collecting, needlework, among many other hobbies. She was clearly a cat person, and could readily recite birth dates and lineage for every cat she ever had â€“ which is really saying something. Maria was an active participant at St. Johnâ€™s Lutheran church, where friends, family, and fellowship meant more to her than doctrinal issues. She enjoyed playing with the hand bell choir for several years, and also played piano and violin. For many years Mariaâ€™s closest friend was her mother-in-law Emma Rast, and she appreciated being â€˜Aunt Mariaâ€™ to so many nieces and nephews. Her closest friends were a boon and sustained her in later life as well. Maria is survived by her two sons, Brian and Alan. The funeral service will be at 11 AM Tuesday, November 3, 2015 at St. Johnâ€™s Lutheran Church, 656 Tyhee, American Falls, a visitation will be from 10-10:45 AM in the fireside room. Interment will be at the Falls View Cemetery. Condolences, memories and photos may be shared at www. davisrosemortuary.com.
To order memorial trees or send flowers to the family in memory of Maria Louise Rast, please visit our flower store.