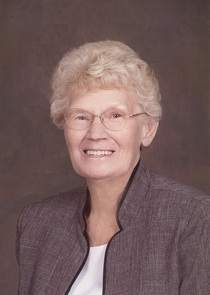 Recitation of the Rosary

Born in Senath Missouri on July 9th 1934 to HD Holder and Ruby Wilkins passed away on June 17, 2015 at the Portneurf Medical Center with her family by her side.

After her mothers death her junior year she moved to Sidney Nebraska in 1940 to live with her cousins Hervey and Helen Nelson and graduated from Sidney High School. She went  to work at the Souix Ordinance Depot in Sidney Nebraska.   She was roommates  with Marge Fehringer and that is where she met Clarence.

She married Clarence on November 19th 1955 in Peetz, Co. and a few months later they made their way to Idaho to start their family and farm where they have remained until recently when they moved to Pocatello.

Clarence & Marianna enjoyed their life on the farm.

She had a great love for her family.

She enjoyed following her children in all of their various activities through their school years and  enjoyed doing the same with her grandchildren.  She was always their best fan and they kept her busy.
She loved to play cards with the ladies group and square dance with Clancy.  Bingo was a favorite pastime during the winters they spent in Arizona.   She was active in the Jayceetts and enjoyed bowling.

She was a member of the Blessed Sacrament Catholic Church and was very active in various positions and projects there such as Alter Society, fund raisers for the building fund for the church that she grew to love.  She said the thing she would miss most about Aberdeen was her church when they moved to Pocatello.

Services were held on Monday June 22 at the Blessed Sacrament Church in Aberdeen and Interment was in the Aberdeen Cemetery. Condolences and memories may be shared at www.davisrosemortuary.com

To order memorial trees or send flowers to the family in memory of Marianna Fehringer, please visit our flower store.

Recitation of the Rosary