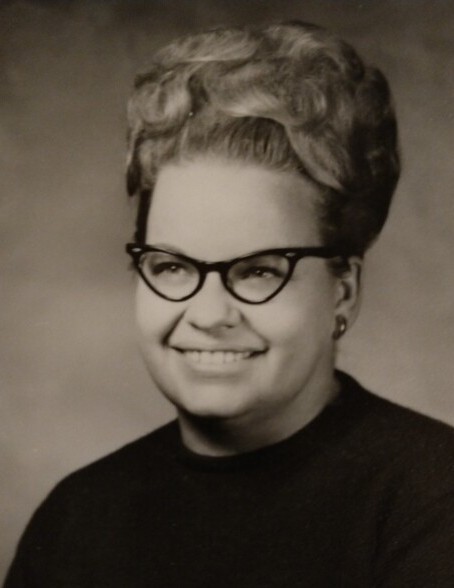 Marilyn and Chris then moved to Wyoming where Chris worked as a boilermaker in Kemmerer and Rock Springs.  Marilyn was director of the Food Bank of Sweet Water County for over 20 years and enjoyed that job very much.  Marilyn was very active in The Order of the Eastern Star and Daughters of the Nile while living in Wyoming.

They returned to American Falls following her husband's retirement.  She enjoyed cooking and baking, especially Greek and Italian food.  The Koompin family and close friends enjoyed her special Christmas gatherings with much of this good fare.  She was a beloved member of Shepherd of the Falls Lutheran Church, American Falls.

She is survived by a sister, Roxanne (Bill) Knickrehm, American Falls, sister-in-laws Lenora (Vernon)Bethke, American Falls, & Edna Willette, Arizona, numerous nephews, nieces and her husband's children from a previous marriage.  She was especially close to daughter, Lori (Edward) Santiago, California.  She was preceded in death by her husband and her parents.

A graveside service with inurnment will be held Friday, November 20 at 2 p.m. Falls View Cemetery.  Masks and social distancing will be observed.  Charitable donations can be made to the Shriners Hospital, Salt Lake City, or Shepherd of the Falls Lutheran Church, American Falls.

Arrangements are under the direction of Davis-Rose Mortuary.  Memories and condolences may be shared at DavisRoseMortuary.com

To order memorial trees or send flowers to the family in memory of Marilyn D. Koompin, please visit our flower store.
Send a Sympathy Card