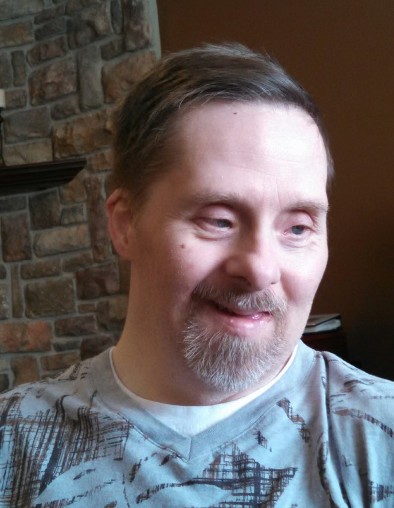 An avid athlete, Mark was active in Special Olympics and in the Summer of 1983, was chosen to represent Idaho in the Summer World Games in Baton Rouge, Louisiana.  Over the years he won many Gold, Silver and Bronze Medals in track and field, and swimming. He could hardly contain his excitement standing at the medals podium, gleefully shouting, I did it!  Mark loved to bowl and as our Mother used to say, he is his own best cheerleader!

Mark worked at New Day Products in Pocatello and in 2013 he retired from his job to spend time with his Mom.  After our Mother's passing Mark remained a resident at Edgewood Spring Creek Assisted Living.

Mark will be especially remembered for his gentle heart, pure spirit and unconditional love.

Mark is survived by his three Brothers, Terry (Josie), Brian (Wanda), Chuck (Patrizia), Sister, Lisa (Gordon).  He was preceded in death by his parent's.

Our family would like to express our gratitude to Encompass Hospice and the staff at Spring Creek for their compassionate care of our Brother Mark.

To order memorial trees or send flowers to the family in memory of Mark Raymond Grischowsky, please visit our flower store.