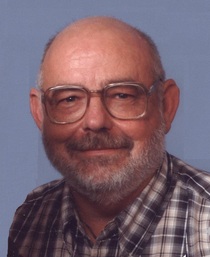 Marvin (Buzzy) Louis Weisenburger II passed away at his home Sunday, October 19, 2014. Buzzy was born February 11, 1954 in Pocatello, Idaho to Marvin and Ethelene. He married Vicki Workman on August 21, 1973. Together they had six children. Buzzy worked for various farmers in the American Falls area. He also worked for the ISDA until he retired in 2012. In years past, Buzzy was part of S.A.L. (Sons of the American Legion). He enjoyed bowling, yard work, cribbage and pinochle.

He is preceded in death by his father Marvin and his step-father Ronald Isaak.

As per his wishes, there will be no service. Family and friends will gather at a later date.

Buzzy was a wonderful husband, beloved father, and loving grandfather.
The stubborn, cantankerous, old German fart will be deeply missed.

To order memorial trees or send flowers to the family in memory of Marvin "Buzzy" Louis Weisenburger, please visit our flower store.