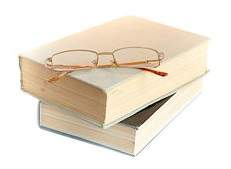 Mary was born in Washington, D.C. on March 21, 1926 to Tom and Mary (Clouser) Bowers. She had four younger siblings, two sisters and two brothers. When she was young she went by her middle name, Elisabeth, because her mother’s name was also Mary. Her younger brothers had a hard time saying it, so they called her “Little”. The nickname stuck with her family.

Mary attended college in New Jersey and worked as a file clerk in D.C. near the White House. She was very proud of where she came from and talked of the East Coast fondly.

When Mary was 20 years old, she went to Crawford, CO, on a vacation with a classmate where she met her future husband, Gilbert Howell. Shortly after meeting they were married on Nov. 15, 1946.

Gilbert was in the Army and they came to Pocatello for him to attend Idaho State University on the G.I. bill. He began work at the Gun Plant building gun barrels for the war ships in World War II. They would eventually settle permanently in Idaho because it offered everything they loved. They enjoyed camping, hunting and particularly fishing. Mary enjoyed the variety the area offered, from the mountains to the high desert landscapes.

Mary worked for Farmers Insurance and First Security Bank in Pocatello, and Gilbert worked for Simplot for many years. Eventually the couple moved to the country outside of American Falls. Thus began their love of American Falls. When Gilbert became ill, Mary retired early to care for him. After Gilbert passed, Mary eventually bought a house in town on Garfield Avenue. Mary was so proud of her house on the corner with lots of trees and flowers to care for. Mary had a very strong and independent personality.

Mary really enjoyed raising a vegetable garden, flowers, chickens, and geese, several dogs and of course her “kitties”. Mary was also an avid reader and collector of all kinds of books. She particularly enjoyed all things related to history and a good mystery. She read and watched the news without fail every day. Her favorite pastime of all though was watching professional baseball.

Mary would also want us to mention her special friendship with Marla Glascock and Susan Hiebert.

Mary was preceded in death by her parents, two sisters Barbara (Bobbi) and Evelyn (Susie), brothers Michael and David, and her husband Gilbert Howell.  A service will be held at a later date.

To order memorial trees or send flowers to the family in memory of Mary Elisabeth Howell, please visit our flower store.