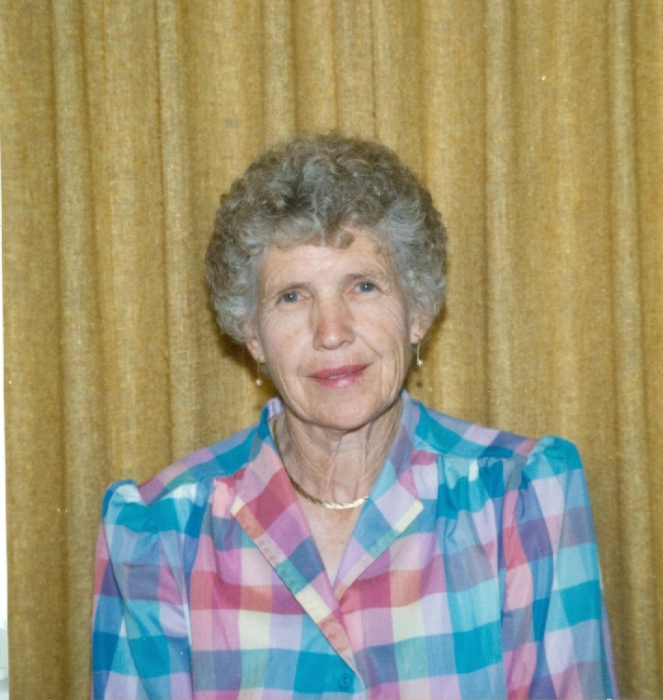 Melva was born September 21st, 1922 in Sterling, Idaho.  She was the youngest of four children, born to David Edwin and Annie Jones Nelson.  Her siblings, sister Ora, and brothers Lyle and Merland are all deceased.

She attended grade school in Grandview riding Chub with Merland to and from.  If they fell off, they ended up walking home.  Chub was a very tall horse.  She graduated from Aberdeen High School in 1940.

In 1942 she married Vern Nelson and went with him during his training.  They lived in Kansas, New York, and Washington.  When he returned from WW2 they bought a farm north of Aberdeen.  They were parents to for children.  Vern died in 1981 and Melva continued to live on the farm.  After Vern’s death she did some traveling including spending six month living in Europe with Mike.  She went to the Rose Parade, toured the New England states and many other places.

She is survived by her children, Rodney (Margaret) of Pocatello, Sandra Riley (Stan) of Blackfoot, Merrill of American Falls, and Michael (Bobbette) of Vancouver, Washington, her eleven grandchildren and five great-grandchildren.

The visitation will be at 12:30 p.m. Monday January 4, 2021 at The Church of Jesus Christ of Latter-day Saints in Aberdeen, Idaho.  The graveside will follow at 2:00 p.m. at the Aberdeen Cemetery.

To order memorial trees or send flowers to the family in memory of Melva Nelson, please visit our flower store.