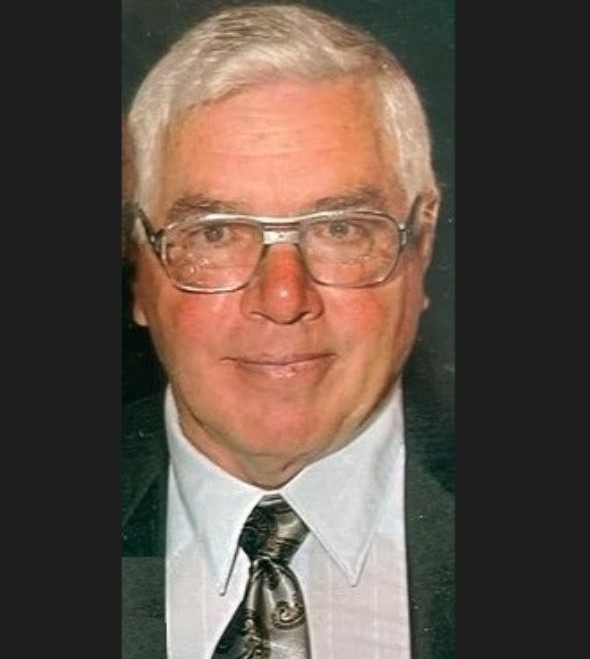 Melvin “Buck” Victor Fehringer took his final walk home with the Lord on the evening of Tuesday, January 11, 2022. He was 85 years old and was surrounded by his family in his home for his final goodbye. Melvin found his peace after living with Parkinson’s over the last several years.

Melvin's services will be Saturday, January 15, 2022 at St. Mary's Catholic Church, in American Falls, Idaho. There will be a Rosary at 9:30 A.M. The Viewing will be at 10:00 A.M. and the Funeral Mass will start at 11:00 A.M. The Interment will immediately follow at the Aberdeen Cemetery, and a luncheon for friends and family will be back at the church following the burial. He will be laid to rest at the Aberdeen Cemetery next to his infant daughter Mary Fehringer.

Melvin was born October 6, 1936 to Victor and Barbara (Weiser) Fehringer in Peetz, Colorado. He went on to Colorado State University in Fort Collins, Colorado for a semester. In 1956 he moved to Aberdeen, Idaho to start farming. JoAnn followed Melvin to Idaho, and they were married in Sterling, Colorado on November 18th, 1961, and recently celebrated 60 years of marriage. They enjoyed many years together square dancing, traveling and playing cards with friends and family.

Along with Mary, Melvin has joined his father Victor Fehringer, his mother Barbara (Weiser) Fehringer, his bothers David, Linus and Robert Fehringer, and his sister Viola (Fehringer) Hartley for their celebration in Heaven.

To order memorial trees or send flowers to the family in memory of Melvin Victor Fehringer, please visit our flower store.
Send a Sympathy Card
Open