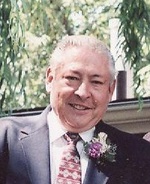 On 15 Mar 2013, Merrill Joseph May, 77, died at his home in Rockland, Idaho, of complications following a stroke.

He was born on 26 Feb 1936 in Rockland to Anna Fifield and Joseph Lee May, the second of seven children. His upbringing in that small farming community provided him with a solid work ethic as he helped his parents on their farm and with their telephone company.

After graduating from Rockland High School in 1954, he attended Ricks College and Brigham Young University, where he earned a Bachelor's degree in Psychology. During his studies at BYU, he met and married Elaine Sabin in August 1960.  They were later divorced.  He obtained a Ph.D. in Psychology from the University of Arizona and did his postâ€‘doctorate work at Brown University in Providence, R.I.

His first teaching job was at Hobart and William Smith Colleges in Geneva, New York. Desiring to live closer to his family, he obtained a professorship in Ogden, Utah, at Weber State University in the Department of Psychology, where he served in the Faculty Senate and eventually became Department Chair, a position he held until his retirement in 2002.

A lifetime member of the LDS church, he served as Branch President of the Fayette New York Branch, which met in the Peter Whitmer Home at that time. In Ogden, he served as High Priest Group Leader, Ward Executive Secretary, Gospel Doctrine teacher, Scout leader, and Primary teacher.

Of especial worth to him were the four LDS missions he was able to serve: to the Eastern Canada mission as a young man and then three more after raising his family. With his wife Elaine, he served at the Ogden Dryâ€‘Pack Cannery and in the Southâ€‘East Africa Area (Johannesburg), where he drew on his experience as a psychology professor and counselor to help set up LDS Family Services in the nation of South Africa. He later served with his wife Kathryn in the Arizona Tempe mission on an Indian reservation.

An avid gardener, he maintained a large vegetable garden with fruit trees, which provided his family with fresh food all summer long and filled his pantry the rest of the year. He also loved highâ€‘country backpacking, fishing, classical music, reading, and playing the piano.

In July 2005 he married Kathryn Anne Smallwood.  They were later sealed for time and all eternity in the Logan LDS temple.  They are together forever!

The viewing will be held on 20 Mar 2013 at the Rockland, Idaho LDS Chapel at 11:30 a.m. The funeral begins at 1:00 p.m., and internment will be in the Valley View Cemetery in Rockland, where he joins his parents and ancestors.

To order memorial trees or send flowers to the family in memory of Merrill Joseph May, please visit our flower store.