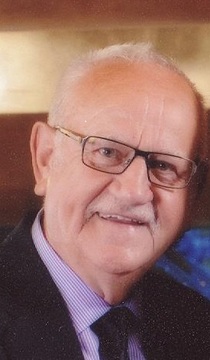 CALDWELL - Michael Fischer returned to the loving arms of his Savior while surrounded by his family after a valiant fight from cancer on June 5, 2014.

Mike was born in South Heart, ND on May 13, 1936, to Sebastian and Helen (Wetzstein) Fischer.  He was born on the family farm and went to a one room country school house. They moved to Buhl, Idaho in 1946 where he finished school and did farm work whenever it was available.  He did harvest work in the fall picking potatoes and working in the potato cellars where they stored until they were sold.

Mike served his country in the U.S. Navy beginning in 1959 and served a 4 year term.  He was a deck hand on the USS Tortuga.  He then moved to the Caldwell area and worked for J.R. Simplot potato producers for 18 years.  He was retired from Simplot for 3 days and decided to enter the workforce again working at D&B Supply in Caldwell where he worked for another 10 years and  finally retired in 2012.

He met his soul mate Alice Kendall and they were married on February 14, 1992 in Jackpot, Nevada.  They have enjoyed 22 amazing years of marriage.

The family would like to send a very special “Thank you” to Dr. Mylynda Massart, Rene, Brooke, Jana and all the staff of Heart n’ Home Hospice & Palliative Care for their excellent support and care, because of them Mike was able to stay home while fighting his courageous battle with cancer.

Condolences and memories may be expressed at davisrosemortuary.com.

To order memorial trees or send flowers to the family in memory of Michael Fischer, please visit our flower store.