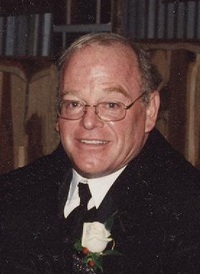 Michael Roy Hovorka, age 69, passed away at his home in American Falls on October 7, 2013.  Michael was born in Portland, Oregon on January 28, 1944 to Stanley and Lucille Hovorka. The family moved from Portland to Pocatello when he was two years old. Mike spent his childhood in Pocatello and graduated from Pocatello High School in 1962.  He was active in athletics playing halfback in football and ran relay in track for the Poky Indians.  After high school, he attended to the University of Idaho, majoring in Psychology.  He was a member of the Phi Gamma Delta social fraternity.

In 1966 he married Kathleen Chambers, with whom he had met and fell in love with at the age of fourteen. Soon after their two children were born.

In that same year, Mike began a twenty year career in American Falls as the Branch Manager with Idaho Bank & Trust.  He was a member of Rotary and served as President.  In 1986, Mike made a career change to Farmer’s Insurance where he was an independent agent for fourteen years.  He served on the Harms Memorial Hospital Board and he was an active member of Lions Club.

As a younger man, Mike enjoyed tennis, golf, fishing and snow skiing.  In retirement, he enjoyed walking by the river every day with his faithful four-legged companions.  He enjoyed his home and yard where he spent endless hours doing one of his favorite things, “cuttin’ the grass on my John Deere” and then grooming his yard to perfection.  But, his best hours were spent alongside Kathleen.  He loved the time spent with his children and grandchildren, particularly time spent at the family cabin.

In lieu of flowers, donations made to either the American Diabetes Association or American Falls Animal rescue would honor Mike.
The funeral service will be at 11:00 a.m. Monday, October 14, 2013 at St. Mary’s Catholic Church, 352 Roosevelt, American Falls.  The Visitation will be from 6-7:30 Sunday, October 13th at the church, and at 10:00 a.m. before the funeral on Monday.
Condolences and memories may be shared at www.davisrosemortuary.com.

To order memorial trees or send flowers to the family in memory of Micheal Ray Hovorka, please visit our flower store.
Send a Sympathy Card