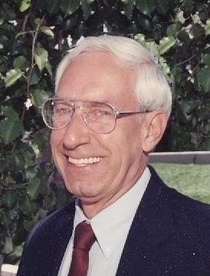 Mikel David Pierce, 78, passed away Wednesday, April 2, 2014 in American Falls.He was born on Jan. 20 1936, in Geneva, MN, to Manford and Edna Franklin Pierce. He was the youngest of nine children.Mikel graduated from Pine City High School in May of 1953. He enlisted in the Army in July of 1953. He was honorably discharged in July of 1956 having served with the 82nd Airborne.In 1967 he went to work for Western Airlines, which was bought by Delta Airlines. He retired after 27 years. During that time he lived in many places including: Portland, OR, Honolulu, HI, Tucson, AZ, and Jackson Hole, WY.On July 14, 1983 Mikel married Particia Kress Anderson in Las Vegas, NV.He is survived by his wife, his sister Rachel (Ed) Stoffel, his children Kristina (Mike) Stachula, Robert (Liza) Pierce, Kim Wright, Debra Nicholson, and Shelley (Brian) Sutherland. Mikel is also survived by several grandchildren and great-grandchildren.At Mikel's request there will be no memorial service.The family thanks Spring Creek and Encompass Hospice for their tender and compassionate care during the last three months.

To order memorial trees or send flowers to the family in memory of Mikel Pierce, please visit our flower store.
Send a Sympathy Card