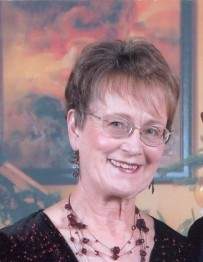 Norma was born on July 11, 1944 in Aberdeen, Idaho to Ivan and Norma (Jensen) Nelson.  She married and had two sons, Troy and Richard, then later divorced. On January 9, 1970, Norma married “the love of her life”, Dan Neu, who brought three step-kids into her life—two daughters Cheryl and Rhonda and another son Greg.  After spending four years on the “revolving plan” where they lived in Twin Falls, Idaho, Vancouver, Washington, and Klamath Falls, Oregon, Mom and Dad returned to American Falls. Over her life, Norma worked for the Department of Environmental Quality, the Power County Press, and Idaho Power. She was an active member of the community and loved her involvement with the St John’s quilting group and the Mennonite Wednesday Quilting Circle. She served on the hospital board, the Housing Authority Board, and served as a CASA volunteer, where she served as an advocate in the court system for children who had been victims of abuse and neglect.   She and Dan enjoyed traveling and visited many countries and places throughout their marriage.  She loved camping, sewing, baking, crocheting, crafting, playing games and spending time with her family and friends.

A viewing will be held at St. John’s Lutheran Church in American Falls, Idaho on Sunday June 27th from 3-4:30p.m. Funeral services will be held on Monday, June 28th at 11a.m. with graveside services immediately following.

To order memorial trees or send flowers to the family in memory of Norma Jean Neu, please visit our flower store.