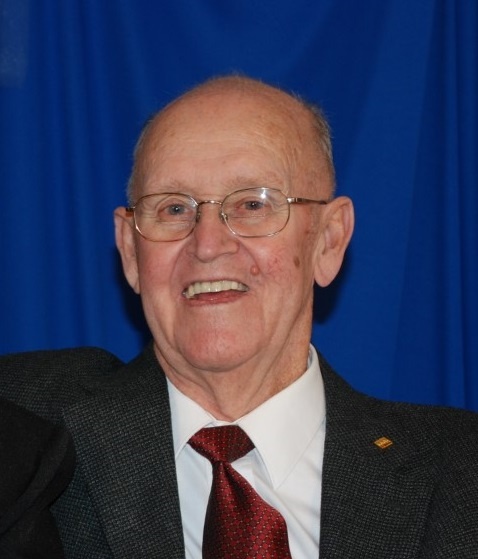 He was born May 25, 1935 in American Falls to Albert Glen Christensen and Bertha Wiens.  He had 3 siblings, Leroy, Grant and Wilma.   He married Barbara Albertson December 17, 1954 and they had 2 children.  They were later divorced.  He married Georgia Albertson on September 10, 1960 and had 3 children.  They were later sealed in the Idaho Falls Temple November 29, 1974.

He served in the Army from 1956 - 1959.  He worked construction for many years. He then served as a security guard for Heinz in Pocatello then in Boise for FedEx until he retired.

He loved working outside and building things.  He loved to go camping, fishing and hunting. He was always friendly and talked to everyone he met.

He was an active member of the Church of Jesus Christ of Latter-day Saints. He held multiple positions within the church and was always willing to serve.  His faith and desire encouraged his children to continuing serving the Lord.

He was proceeded in death by his wife Georgia, his mother, father and his 2 older brothers: Leroy and Grant.  He is survived by his sister Wilma, his 5 children: Cynthia Hansen, David (wife Rosalinda), Norman Larry (wife Susan), Patricia Anderson (husband Troy) and Phillip (wife Terri), 13 grandchildren and 26 great grandchildren.

The visitation will start at 12 noon and the funeral service will be at 1PM Mon. Nov. 13, at Davis-Rose Mortuary, 170 Idaho St. in American Falls.  Interment will follow at the Neeley Cemetery.  Condolences and memories may be shared at davisrosemortuary.com.

To order memorial trees or send flowers to the family in memory of Norman Keith Christensen, please visit our flower store.
Send a Sympathy Card