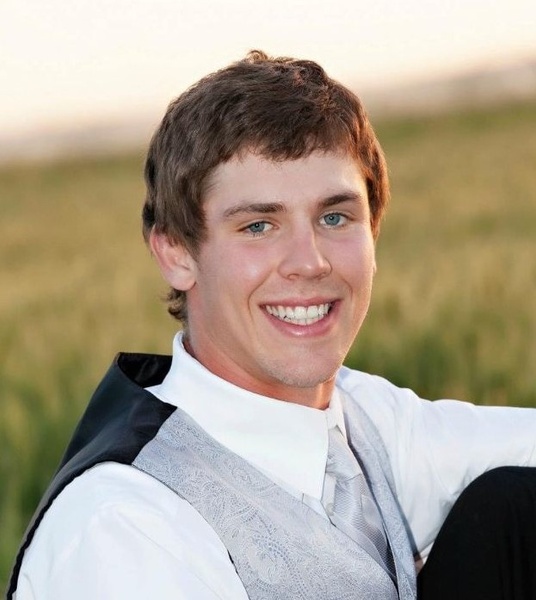 Paden Michael Johnson, otherwise known as Pado, was born on August 29, 1990 in Logan, Utah. He passed away on December 14, 2021 in Boise, Idaho. He lived most of his life in American Falls, Idaho where he was raised with 5 siblings. Paden attended school in American Falls where he met the love of his life Jessie Justine Snow. He graduated from American Falls High School in 2009 then moved to Pocatello. In 2012 Paden married Justine and together they moved to California with their beloved dogs, Joben and Bay. They later moved to Boise and in 2018 welcomed a son, Thielen Michael Johnson, who was the light and love of their whole world.

Paden was such a strong-willed person and thrived on hard work. This showed early on in his life when at 10 years old he joined in on the family lawn mowing business with his dad and brother, officially becoming a Lawn Wizard, his first paying job. He also proved this when he put in the hours and hard work to become the first 3 time state wrestling champion from American Falls High School.

Paden worked as a chef at many local Boise restaurants and boy did he know how to cook. At almost every family function one of the highlights everyone looked forward to was the delicious food that Paden cooked up. He loved cooking and caring for those around him and that was one of his many amazing qualities. Another thing that Paden enjoyed was spending time in the outdoors and camping with his family. Paden had a green thumb and loved teaching his son to garden and tend to their plants. Another huge part of Paden’s life was sports and competition. From a young age he played any sport available, but he gravitated toward wrestling and football. Sports were more to Paden than the competition. His teammates were friends that became his brothers and his coaches became family. Speaking of family, Paden loved his family so deeply and they all loved him so dearly in return. Paden loved growing up with 5 siblings and many, many fond memories were made over the years teasing, playing, and loving on each other. Even well into adulthood Paden was known to roughhouse and wrestle with his siblings every chance he got and those memories will be cherished forever.

A memorial service will be held at American Falls LDS Church (650 Pocatello Ave, American Falls, ID 83211) on Wednesday, December 22, 2021 at 11 am with viewing from 9:30 am to 10:30 am. Interment will follow in the Falls View Cemetery. In lieu of flowers the family respectfully asks for donations to Paden’s memorial fund to help cover costs of this unexpected event. It can be found at https://www.gofundme.com/f/paden-johnson-memorial-....

To share condolences, memories, and photos please visit DavisRoseMortuary.com. To watch and participate in the service live click:https://us02web.zoom.us/j/89341950771.

To order memorial trees or send flowers to the family in memory of Paden Johnson , please visit our flower store.