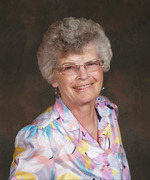 AMERICAN FALLS/ABERDEEN - Patricia Diane Doornink, 68, of American Falls, passed away Monday, July 25, 2011, at Pocatello Care and Rehabilitation under the care of Creekside Home Health and Hospice as a result of a stroke.

Pat was born on October 20, 1942, in Bozeman, MT.  She was the second daughter of Robert D. Spurrier and Edelene J. Ross Spurrier.  She was raised in Logan, MT, until the age of 13 when she moved to Aberdeen, ID, with her mom and one sister.

She attended schools in Aberdeen finishing in 1961.  When she was a teenager she worked at the local “sweet shoppe” and spoke fondly of her experiences there.  She worked at area potato processing plants for many years retiring from J.R. Simplot company in 2005.

Pat married LeRoy Copeland in April of 1961.  They had 4 children together but were later divorced.  She devoted her life to working hard and raising her children.  She then married Cecil Doornink on September 30, 1995, in Elko, NV.  Pat and Cecil spent many enjoyable days traveling, camping, and visiting their family and friends.  She was an avid reader who enjoyed reading books, magazines, newspapers, etc.  She also enjoyed spending time with her grandkids and attending their many activities.

She is survived by her husband, Cecil Doornink of American Falls, ID; her four children, Cathy Hutchinson of Billings, MT, Buck (Kristi) Copeland of Aberdeen, ID, Jeanette (Chad) Slichter, of Boise, ID, and Joe Copeland of Pocatello, ID; her 10 grandchildren, Joshua, Justin, Travis, and Seth Hutchinson, Alesia (Kasyn) Vollmer, Baylee and Zakary Copeland, and Victoria, Savannah, and Trey Slichter; her great grandchild Paislie Vollmer; and her sisters Nancy Hill and Carolene Hayen.  She is also survived by Cecil’s three children, Debbie, Doug, and Aaron, and their families who reside in Wisconsin.  She was preceded in death by both of her parents.

A memorial service will be held Saturday, August 6, 2011, at 11:00 AM, at St. John’s Lutheran Church, 656 Tyhee Avenue, American Falls, ID, with Reverend Jon M. Beake officiating.  Visitation and a light luncheon will follow.  Arrangements are under the direction of Davis-Rose Mortuary, 170 Idaho Street, American Falls, ID.  Condolences may be sent to the family online at www.davisrosemortuary.com.

The family would like to extend a special thank you to the employees of Creekside Home Health and Hospice and Pocatello Care and Rehabilitation for their loving care of Pat and their support of the family.  They would also like to thank all of their friends and family for their care and concern.

To order memorial trees or send flowers to the family in memory of Patricia Diane Doornink, please visit our flower store.